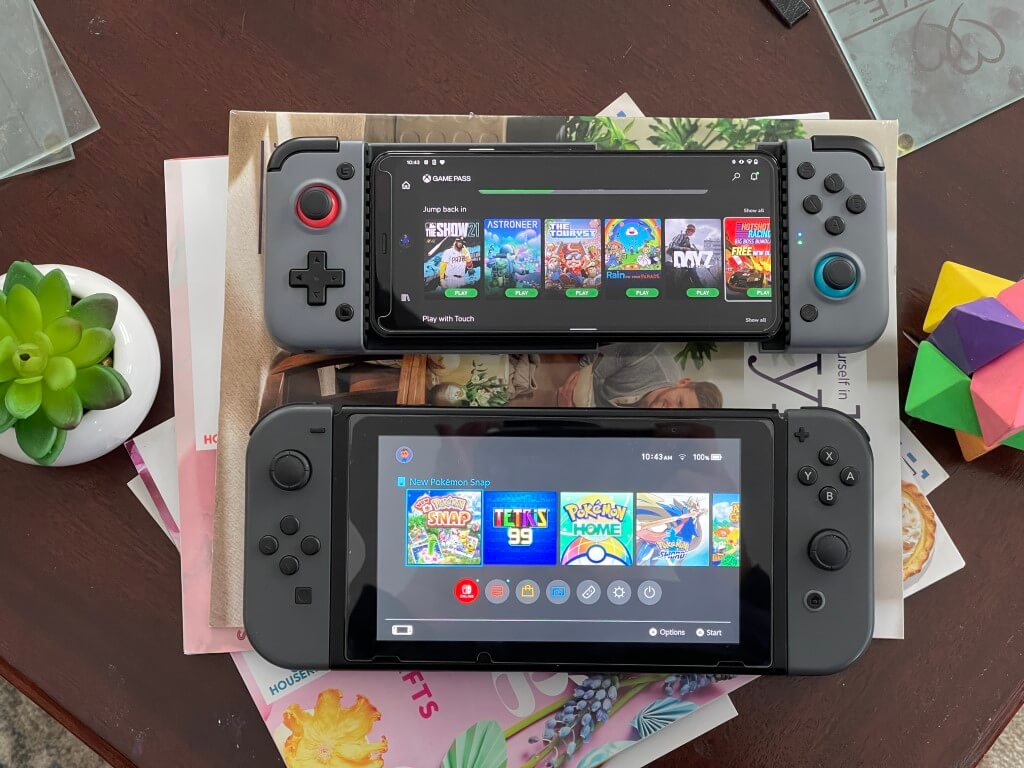 If you're into cloud gaming --- either Stadia, Amazon Luna, or Microsoft's own Xbox Cloud Gaming, then a comfortable controller is a must. You also don't want to be carrying around a bulky Xbox gamepad for prolonged periods of gameplay or for playing when out and about.

That's where official third-party accessories like the Razer Kishi Mobile Game Controller might come into play. But what if you're playing across multiple devices, say on an iPhone, as well as an Android? Or what if you don't want to spend over $100 on a mobile controller?

See the GameSir X2 Bluetooth Mobile Gaming Controller as a solution. This $60 controller promises an outstanding cloud gaming experience for everyone, via Bluetooth connectivity instead of the traditional USB-C.

We were sent a review unit, and after trying it out for a month, we put it through some tests to see if it has what it takes to turn your phone into a true Xbox Cloud Gaming machine. 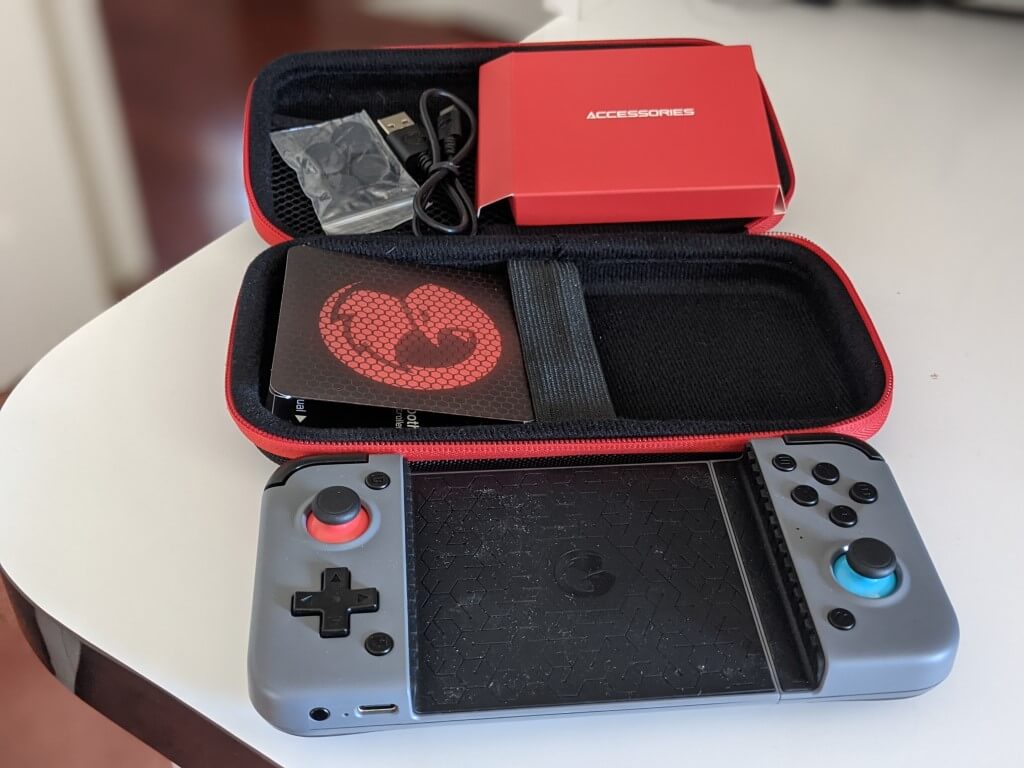 After DHL delivered me the GameSir X2 Bluetooth Mobile Gaming Controller, I was pleased with the unboxing experience and overall design. There's even a carrying case included so you can take your controller on the go!

I do want to note, though, that the way your phone slots into the GameSir X2 Bluetooth Mobile Gaming Controller might be inconvenient if you're planning on using headphones or charging your phone when playing. This a Bluetooth controller with no physical connections, but you'll loose access to both your charging port, as well as your headphone jack. It's not like a traditional Xbox One controller mount, where you have full access to the phone on the top of your controller.

That is the point of the product, though, as it is intended to be used across multiple devices, without worry about a physical connection. Basically, it is to mimic the look of the Nintendo Switch, where you have the guts (in this case your phone) in the middle and controllers to the side. Just keep in mind, this doesn't work as a Nintendo Switch, it's just a controller that looks like one.

The controller slides apart from the left or right and you "slot" your phone in, so these ports become inaccessible. And there's no way to plug in a USB-C cable into the controller and your phone either, for pass-through charging. You'll have to make sure that your device is fully charged and that you're using Bluetooth headphones with this controller. 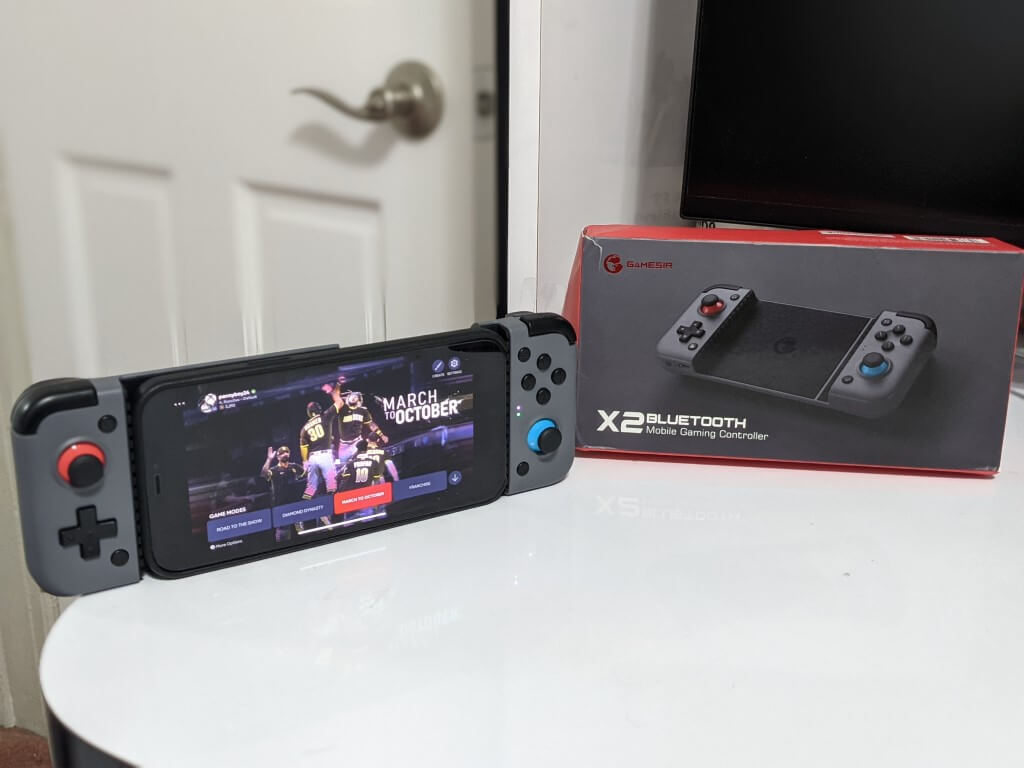 Anyway, the design elements here have gamers in mind. On the back, soft rubber grips provide an ergonomic feeling when playing. The trigger buttons also have a micro-mechanical switch inside, which makes it pleasing to press when in games that depend on triggers like Forza. These switches are rated for a service life of 3 million presses.

For longer gameplay sessions, the portions of the controller which hold your phone in place have a gap in it. This is to ensure air circulation, keeping the connected device quite cool.

But of course, for this price, the controller is made of lightweight plastic. Once you add your phone, though, there is some heft to it, but not as much as the weight of a full-on Xbox controller. Everything also stays snug, and my phone never fell out during gameplay. It definitely is a lot easier to use than constantly having to snap a phone in and out of an Xbox controller grip. 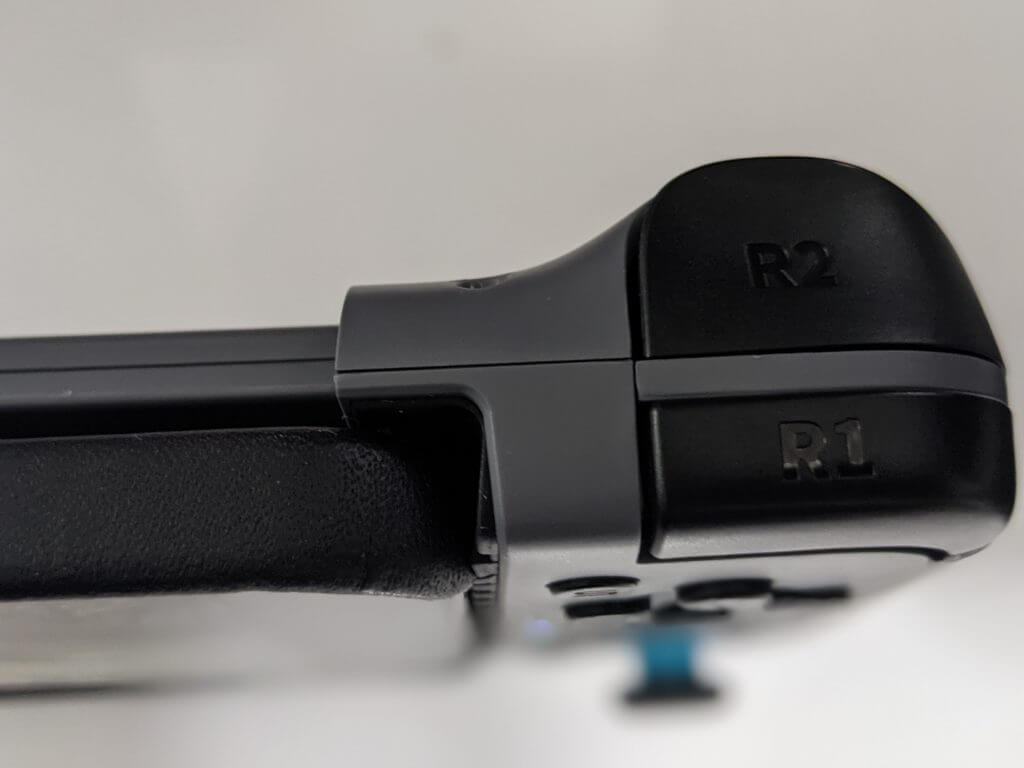 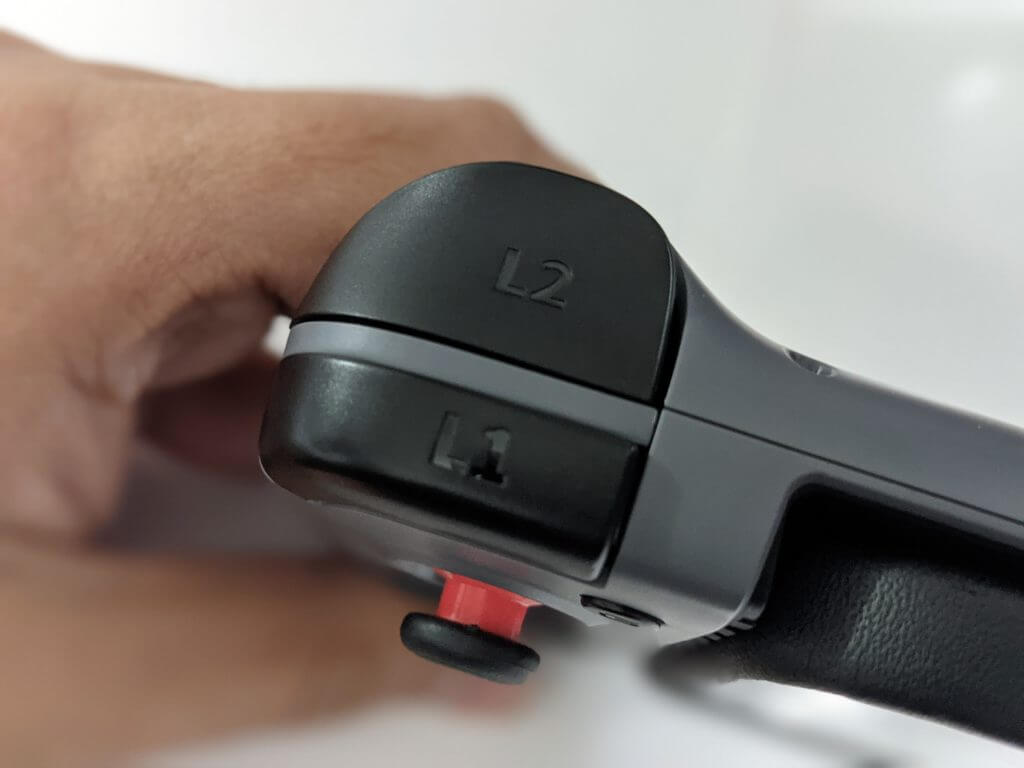 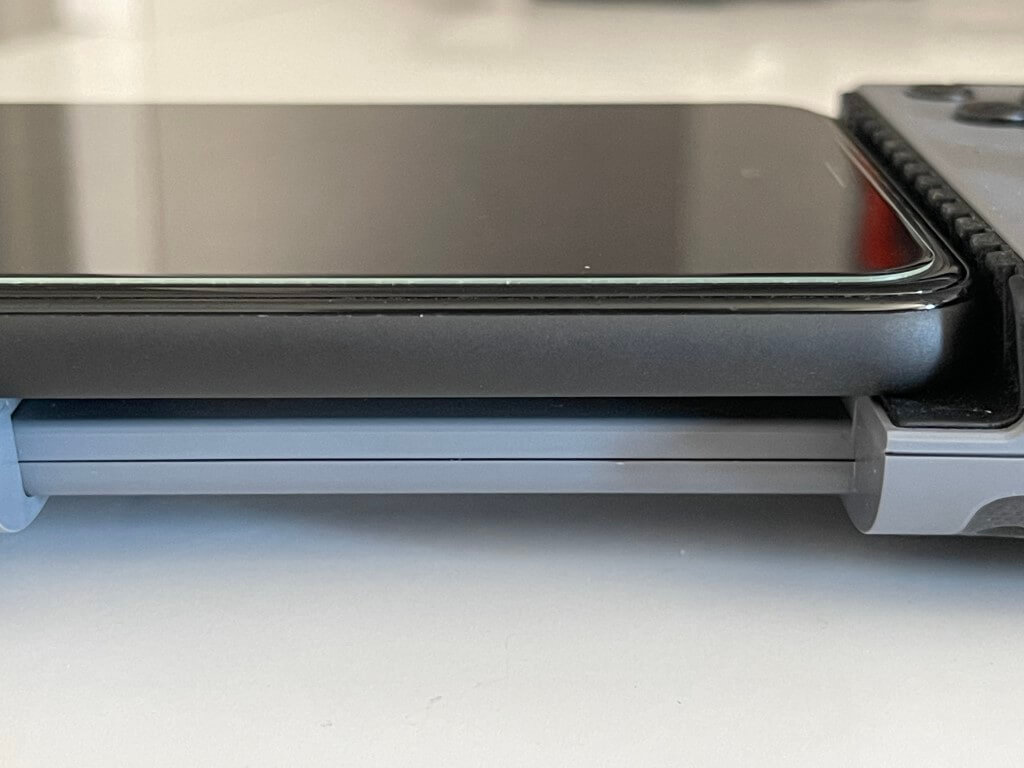 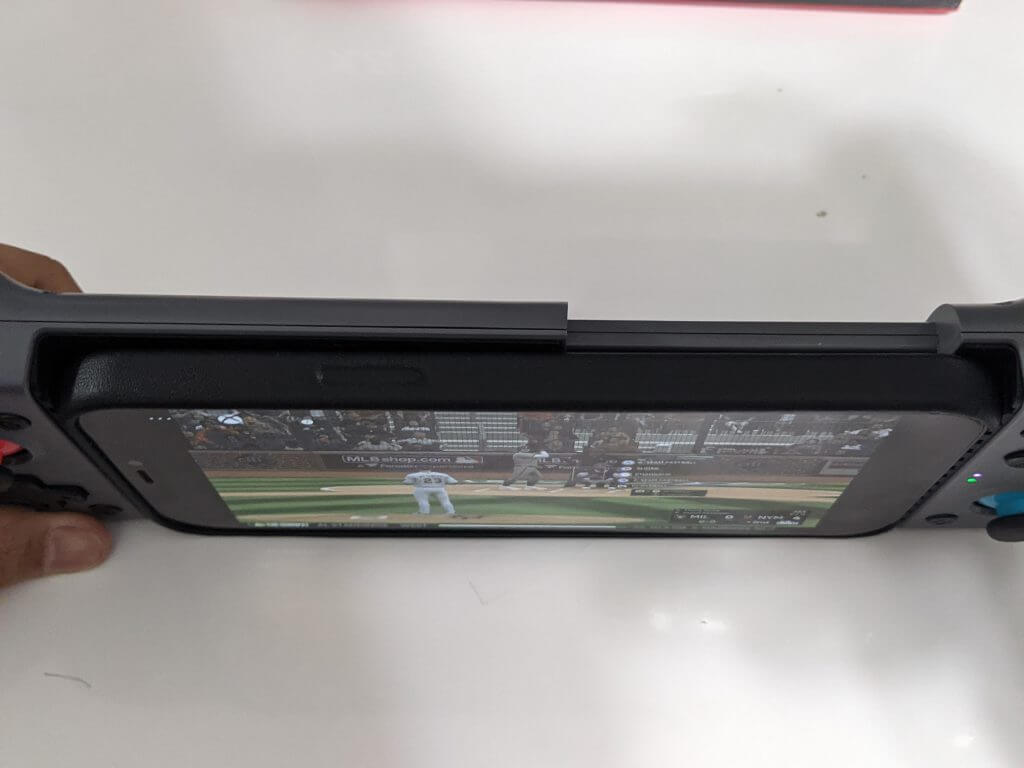 Other nice touches in the design of this controller include the joysticks. Gamers who have a Nintendo Switch might find the look and feel of these quite familiar. It is not too tight, or not too loose. GameSir even color-coded the sticks, mimicking what Nintendo did with the Switch's Joy Con colors.

There are some joystick grips included in the box, too, if you want to improve your gameplay experience. For some people, the sticks might be too small (as my colleague Dave pointed out,) but the added grips would help improve usability a bit for people with big fingers.

Since this is an unofficial (non-Xbox licensed) controller, you won't find any Xbox branding here. The "G" button on the top left functions as the Options button, and the "S" button on the top right functions as Start. On Android, the screenshot button on the lower left will quickly take screen snips for you, too. Though, I didn't get this working on my iPhone. There is no Xbox button, unfortunately, so for Xbox Cloud Gaming, I needed to tap the screen to quit games. 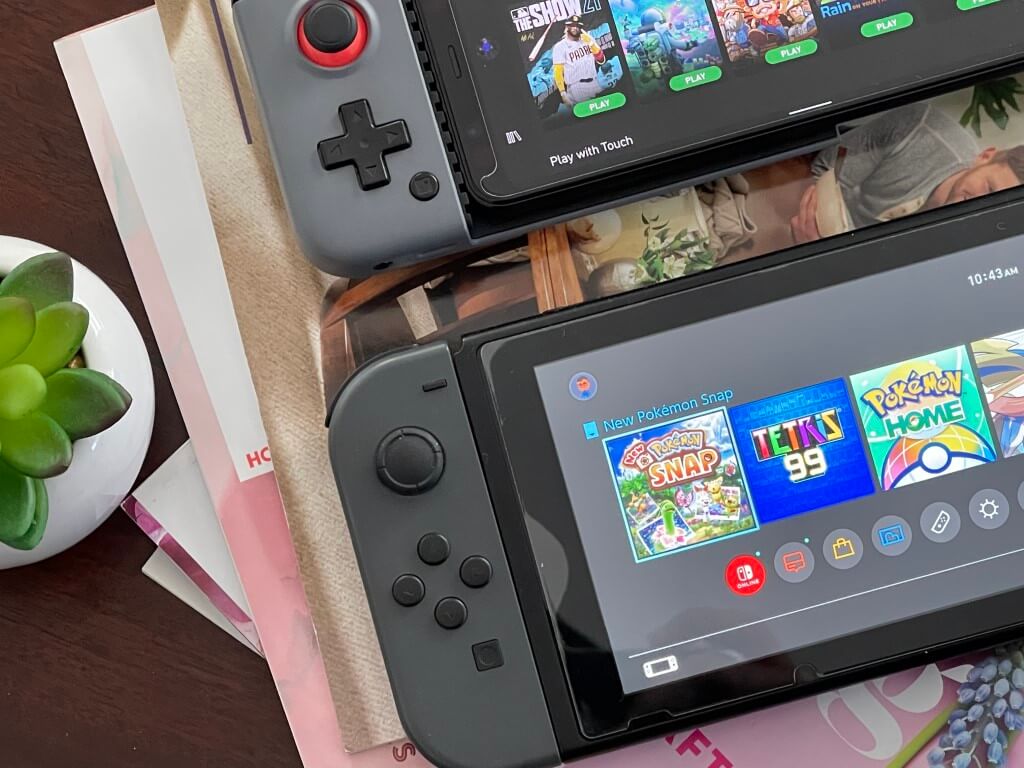 As I touched on to start this review, the thing that sets the GameSir X2 Bluetooth Mobile Gaming Controller apart from the competition is the way in which it works across different devices. It is compatible with iOS, and Android, and works with Apple Arcade, and all the major cloud gaming services. GameSir also notes that it supports all the Made for iPhone games you see in the App Store.

That means titles like Fortnite, Asphalt 9 Legends, Call of Duty Mobile, all work with this controller, and you're not just limited to using it with Cloud Gaming. GameSir says that if your title isn't working, you can try to remap and tune the controller for games with the GameSir App, a free download on iOS or Android. On Android, the app also works with games that don't support the gamepad. 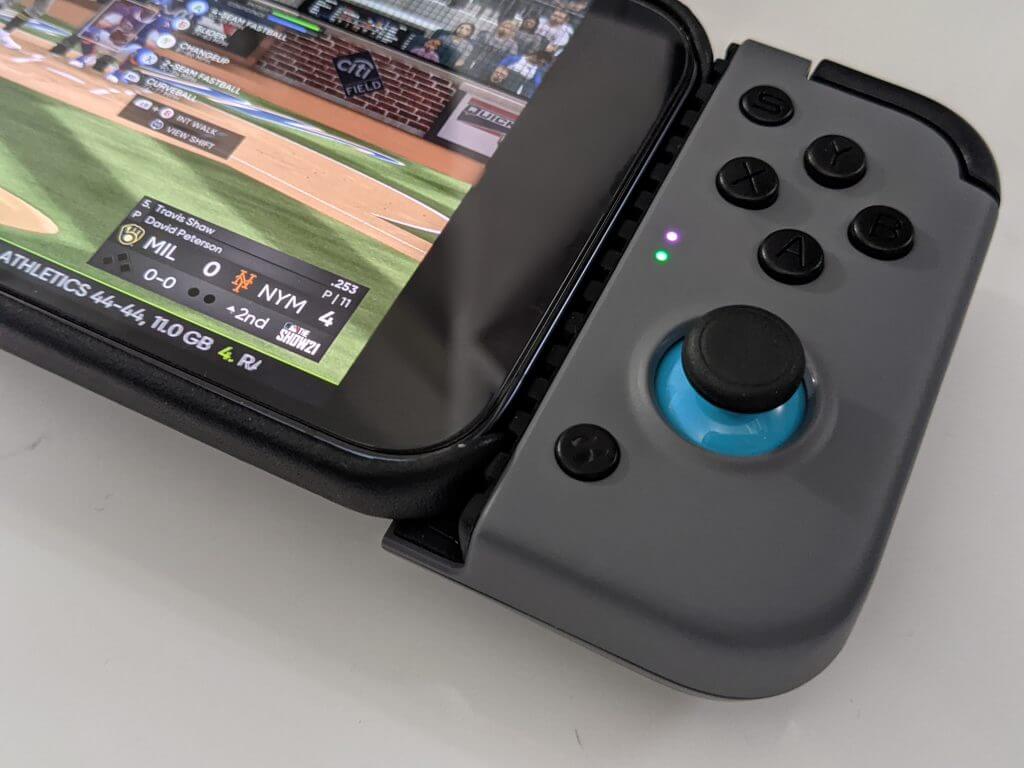 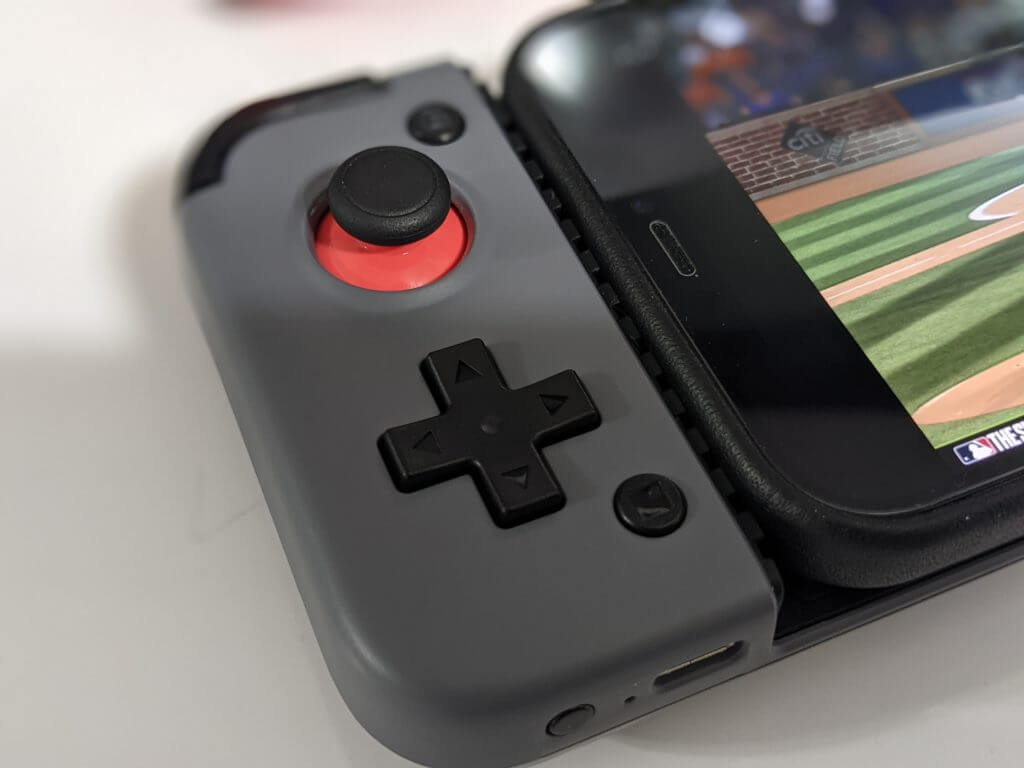 Because of the design, where you just pull to open and then slot your phone in the controller, you also can use any size device with it. Phones up to 173mm in length would work. Both my iPhone 12 Pro Max, as well as my Pixel 3XL slot into the controller just fine. Both worked with cases, too. 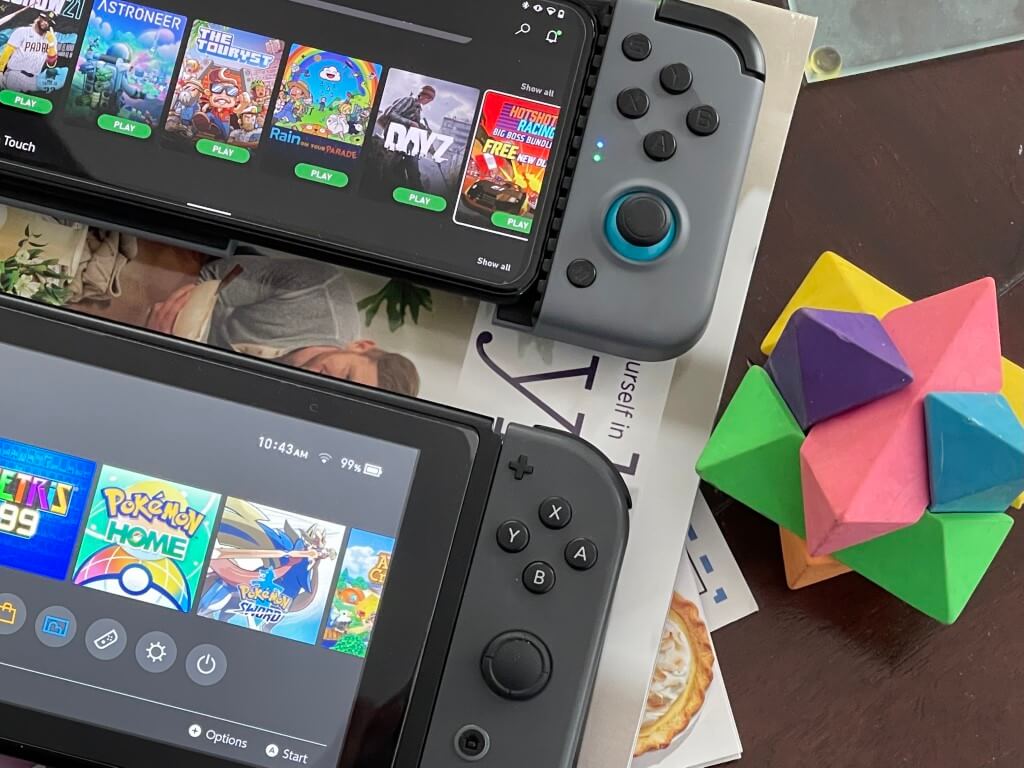 In my time with the controller, I played multiple games. I spent the most time on Xbox Cloud Gaming playing MLB 21 The Show, as well as on Stadia playing Watch Dogs: Legion. For both these games, where input is key to success, I didn't have any issues with latency across either iOS or Android.

My presses on the trigger buttons and sticks always were timed right in the game, especially with pitching in MLB The Show. And, because the controller is made of light plastic, I didn't feel any discomfort. The brushed plastic feel of the controller is similar to what I get on my Switch's Joy Cons, and so is the overall feel of the ABXY buttons, too. I just wish the buttons were a bit more readable and a bit more clicky, as they are on a traditional Xbox controller.

I do want to note that the button layout is the same as you get on Xbox. So, for Xbox Cloud Gaming, everything should feel natural. You can always remap the controller as you see fit.

Finally, there's the battery life. With no rumble options, the in-built 500 milliamp battery goes quite the distance. In my two and a half weeks of using the controller, I only needed to charge it twice, for prolonged gaming sessions of 2-3 hours every 2-3 days. Even so, you can still not worry, as charging happens via USB-C, which is the one port you'll find everywhere these days.

As a budget controller, the GameSir X2 is pretty good. It might not have pass-through charging or the heft of more premium controllers, but it gets the job done right for Xbox Cloud Gaming and beyond. So much so, that it mimics the feel of what Nintendo has done with the Switch. This controller is super comfy, works great across iOS and Android, and lasts long with little headaches for setup. You can buy it now from GameSir here, or via AliExpress.

PSA: You can earn up to 10,000 Microsoft Rewards points for your Xbox Gamerscore this month