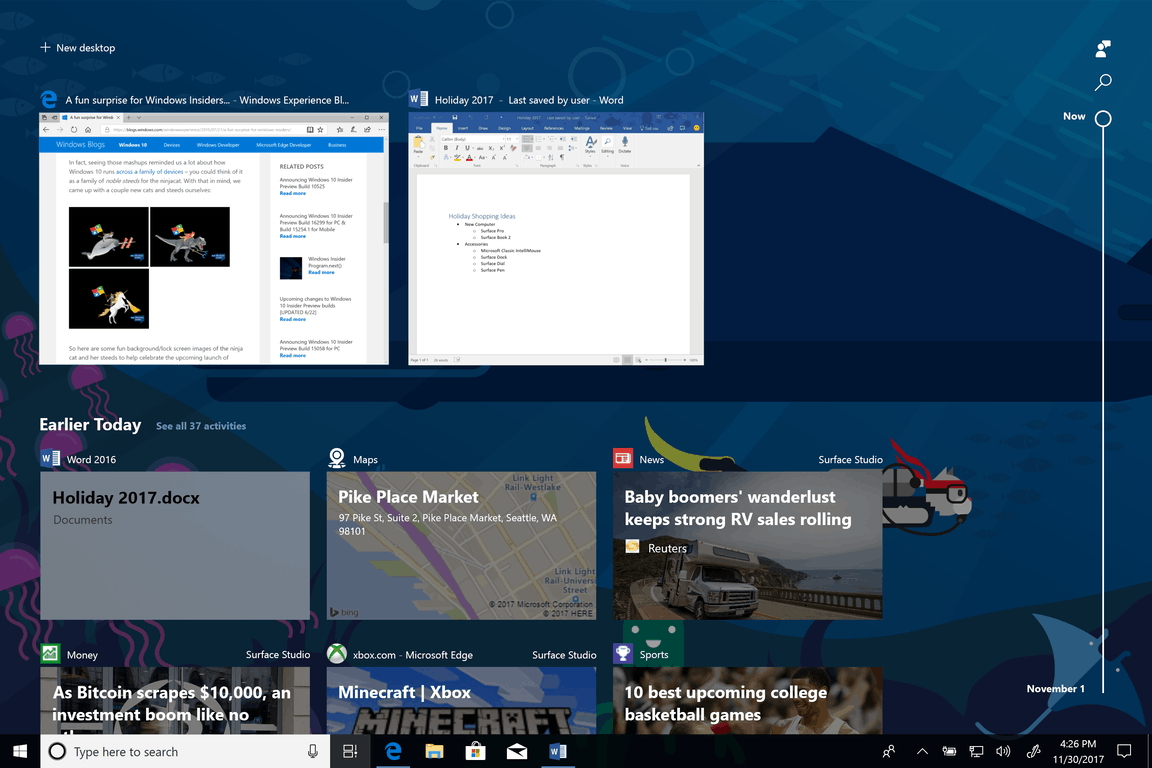 Yesterday, Microsoft released a doozy of a Windows 10 Insider build for PCs on the Fast Ring, build 17063. Included in the build are our first look at Timeline, improvements to Edge that includes Web Media Extensions installed by default, more Fluent Design flowing throughout the OS, and updates to My People, Settings, and input improvements. For a quick look at what's new, check out Cody's video on Timeline and all the rest of the improvements in 17063.

With build 17063 also comes a new and somewhat controversial way for Microsoft to test out new features, with what's commonly known as A/B testing. Microsoft took the unusual step of announcing the change in an email to Insiders from Windows President Terry Myerson, and needless to say there was some backlash as many Insiders have come to the program to be among the first to try out new stuff. Our poll at the time revealed that some 55% of you joined the Insider program to "gain early access to builds and features," something that's no longer possible, not for all new features, anyway..

Microsoft is implementing this A/B testing with a new features currently named "Sets," which allows Windows 10 users to gather their workflow into, well, Sets, and be able to get back to them later. To tell if you have Sets, the easiest way probably is to open up the Store app and look for an additional + sign in the titlebar.

So, are you one of the lucky ones? Unfortunately here, neither PC running build 17063 is showing up with Sets, but did you get lucky? Take our poll and let us know below:

If you are in, we'd love to hear your first impressions of Sets. Sound off in the comments below.