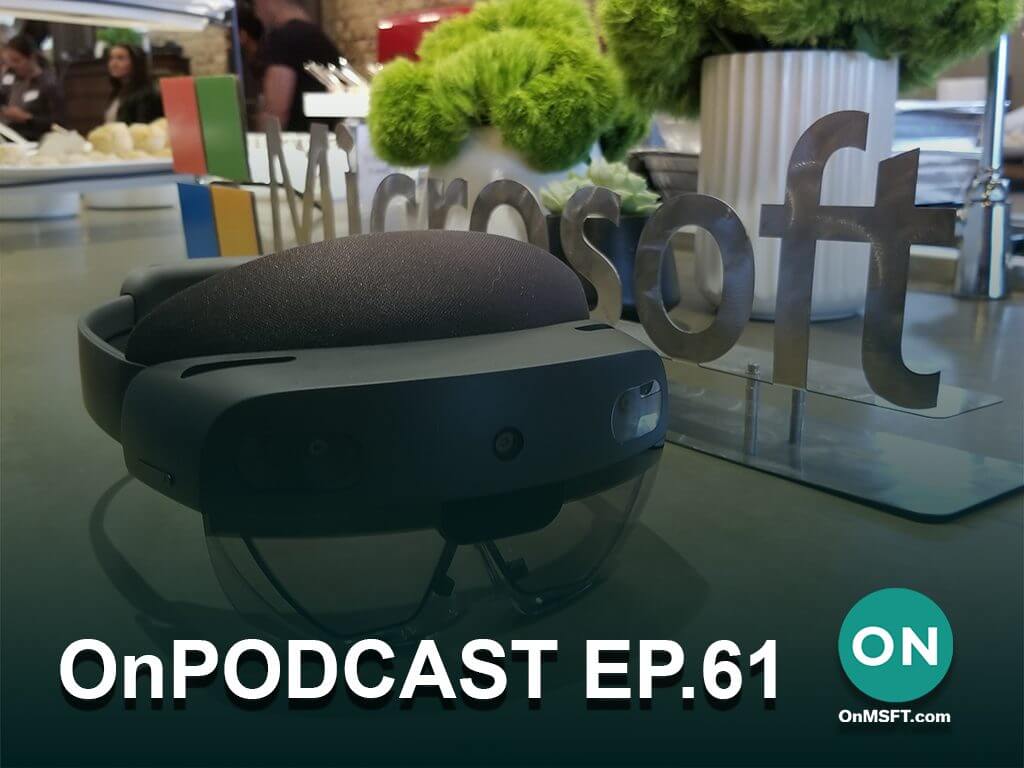 Thanks for joining us for another new OnPodcast episode. In this week's show, we hit episode 61, and we went back to our usual programming and rundown of the week's Microsoft news. We talked about HoloLens 3 rumors, 3D emoji in Windows 11, and the latest updates out of the Windows Insider program.

As a recap, the show kicked off looking into the rumors of HoloLen 3 being dead. After that, we went on to talk about Microsoft updating us on the direction of the Windows Insider program in 2022. The last main topic, meanwhile, looked at 3D emoji in Windows 11, and why it might still be a possibility.

As always, the show also took a turn with our fast recap of the other Microsoft news of the week. That included the US Federal Trade Commission looking into Microsoft's Activision Blizzard deal, Microsoft killing off the Surface Audio app, Microsoft Lists getting support for personal Microsoft accounts in preview, and so much more.

The show then ended with Week Ahead where we looked at some topics we think might be big for Microsoft next week. That includes fallout from HoloLens news, a possible new Fev Channel build, and a look at how Xbox is celebrating Black History Month.

Thanks for joining us. We hope to see you again soon on next week's show. Same place, same time!

Microsoft news recap: acquisition of Activision Blizzard could be investigated by FTC, reports say HoloLens 3 is dead, and more