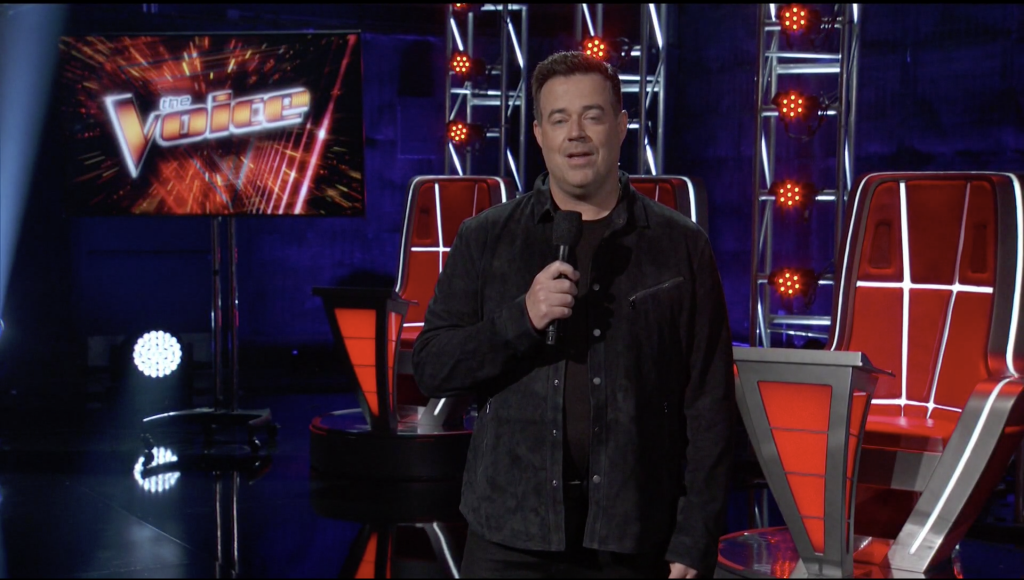 Microsoft is known for its relationship with the NFL, and for recently powering the virtual NFL Draft, but last night the company’s software and products ended up in a new place. Spotted by Windows Central, NBC’s four-time Emmy Award-winning series “The Voice” turned to a partnership with Microsoft to ensure the singing competition went on virtually during the Coronavirus crisis.

As part of the partnership between the show and Microsoft, live moments and some interactions from last night’s May 4 broadcast were captured via Microsoft Teams. At home- audiences were also able to get a close look at coach to artist relations, in the natural home environments. Coaches like Kelly Clarkson, Blake Shelton, Nick Jonas, and John Legend even used Microsoft’s new Surface Pro 7 tablet during their coaching sessions to prepare for their performances and capture remote content in the lead up to the episode. According to Audrey Morrissey, The Voice’s Executive Producer and Showrunner.

“Reinventing the live shows has allowed us to create innovative ways to bring ‘The Voice’ to life in a fresh and intimate way. It has been an incredible team effort with the coaches, artists, and their loved ones being involved in the process. With Carson at the helm from the stage, we are excited to share a unique ‘Voice’ experience that will feel both new and familiar.”

The Monday, May 4 episode were recorded live-to-tape, but the show will go on again today, May 5. In today’s episode, the artists will learn live and in the moment if they will compete for an “Instant Save.” America will also have the chance to participate in the remote live shows by voting in real-time to determine which artist will advance to the Top 9 of the completion.

According to a press alert sent to us, the Voice is averaging a 1.8 rating in adults 18-49 and 10.4 million viewers. Much like the NFL Draft which was watched by over 15.6 million people, Microsoft Teams and Surface is now in front of a lot of eyeballs.