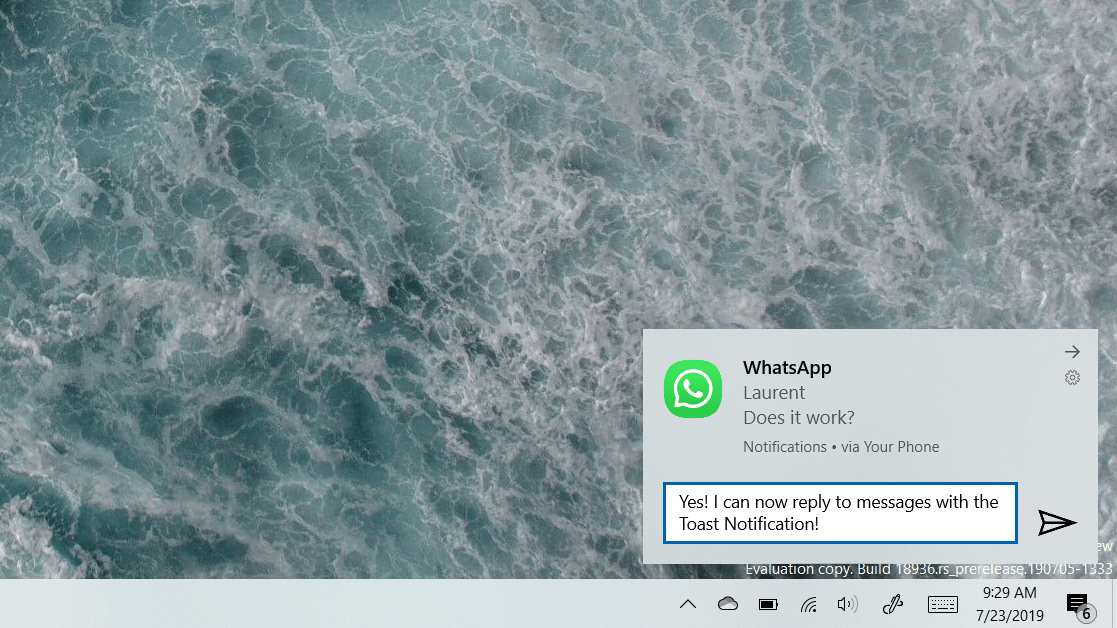 Microsoft has been hard at work on improving the Your Phone app for Windows 10. The company has recently pushed out an update to the app to bring Android notifications to Windows 10, allowing users to keep up to steam on many of the apps they have on their phone, without having to lift up their device or install the same app on their desktops.

Windows Insiders are receiving an update to bring in-line message replies to notifications, allowing users to reply to messages without taking their focus away from the desktop. This definitely adds some extra convenience, as well ask keeping users more engaged in work on their desktops as opposed to picking up their phone and potentially becoming distracted.

Microsoft has also been working on a way to allow the entire Android phone to be accessible straight from the desktop, thanks to the introduction of screen mirroring that is currently still in limited preview on just a handful of devices, for now. It’s clear that the company believes that by bringing full access to one’s phone onto the desktop, it can also boost productivity, which is what desktop computers are best known for.

Do you think you will find in-line notification replies useful? What’s something else you’d like to see come to the Your Phone app? Feel free to sound off in the comments.

Our favorite tips and tricks for Office 365: OneDrive