You won't be able to ummm... enhance your manhood... in Conan Exiles on Xbox One - OnMSFT.com Skip to content
We're hedging our bets! You can now follow OnMSFT.com on Mastadon or Tumblr! 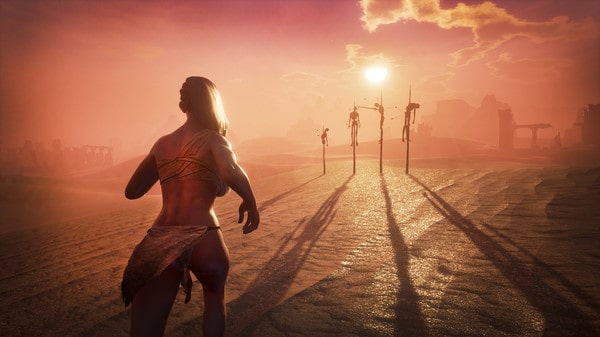 If you were hoping to play Conan Exiles on Xbox One for its uniquely customizable character models, you might want to reconsider. According to Glixel (via Kotaku), the early access game's male endowment slider won't be available on the Microsoft console.

Since it first became available through Steam, Conan Exiles has gone viral with male enhancement jokes across social media. This was possibly unexpected but welcome publicity for the title from Funcom, boosting it to 3 million copies sold. Joel Bylos, creative director of Conan Exiles, explained in the interview that the choice to include full nudity in the full game just made the most sense.

For those that might not know, Conan Exiles is an open-world survival game in the lands of Conan the Barbarian. Players are exiles left to a wasteland and trapped by a deadly shield where there are enemies, monsters, and fallen gods willing to rip them apart if they can't fend for themselves. Starting with nothing, including clothing, players learn to build, fight, and survive or die trying.

It's worth noting that exposure to nudity is by player choice. When creating their character, they have the option to begin dressed, half dressed, or bare. Server owners are even able to limit the amount of nakedness for the players on a broader scale.

Of course, that doesn't stop Microsoft and others from putting their foot down.

"Xbox has been pretty clear with us that it's not going to fly," says Bylos. "It's just going to be off by default I think. I don't know if partial nudity might be OK. We haven't spoken to Xbox about breasts. They do allow breasts in some of their games, but the penises definitely won't be there."

Even in Japan, the game might just be outright banned for its bare necessities. " the Japanese translation team said 'you'll be banned in Japan because you have penises. That's a flat out ban," Bylos noted, saying that they haven't heard the complaint officially yet though.

If you're looking to get the full experience of Conan Exiles, PC might be the way to go about it. It is currently available only as early access on Steam with plans to release the full game on both Xbox One and Playstation 4. However, the latter hasn't declared their stance on the game's choice of creative design just yet.