The free weekend is also offering new accounts 500 crowns, a currency spent in their cash shop called the Crown Store. If you like the game enough, it'll be on sale for the five-day event although the cost hasn't been announced yet. Currently, the standard retail price on Microsoft Store is half of its original at $29.99 USD.

Furthermore, Bethesda is pulling out all the stops to get players to join their MMO. If you play The Elder Scrolls Online between October 5, 2016 and December 16, 2016, you'll also be able to enter a drawing for a "trip of a lifetime" by filling out this online form. Five winners will be able to bring a guest to locations similar to in-game destinations: an African Safari, the Swiss Alps, Machu Picchu, Morocco, and New Zealand.

The Elder Scrolls Online originally had a rocky start but ever since its large One Tamriel update, the game has been rejuvenated with a steady player base and continuous content releases. If you haven't played it since launch, this weekend might be your chance to rediscover a love of Tamriel or at the very least, get some cool digital swag. However, the game is a whopping 80GB so make sure you clear your hard drive space before you clear your calendar. 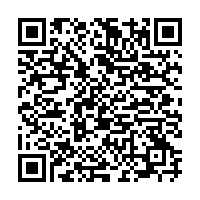