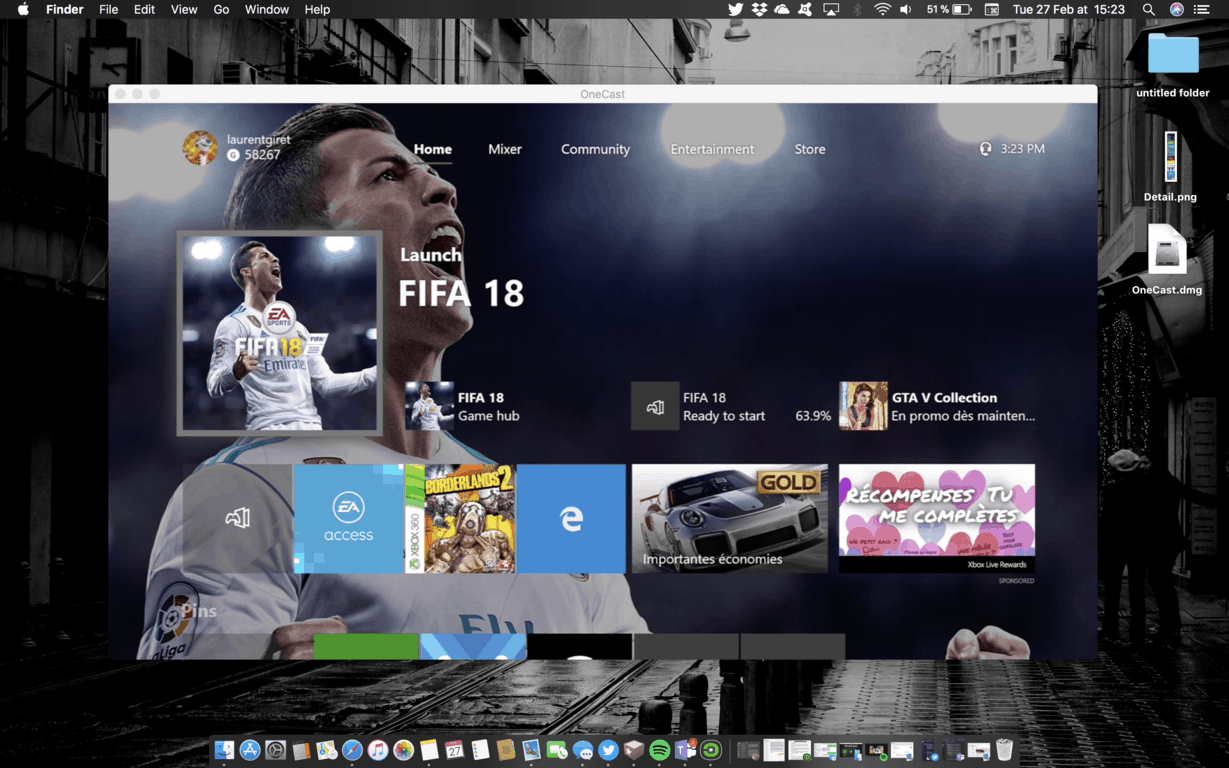 It’s been a couple of years now since Microsoft enabled game streaming from an Xbox One to a Windows 10 PC through the Xbox app. The company doesn’t seem to be really interested in bringing this feature to Mac users for now, but fortunately, some talented Mac developers are willing to fill that gap.

OneCast, the first Xbox One game streaming client for macOS was released last week, finally allowing Mac users to play Xbox One games remotely from their Xbox One console (via 9to5Mac). The app is quite easy to use and requires your Mac and Xbox One to be connected to the same network. Be aware that there is no official Xbox controller driver for macOS, so you’ll either have to use a third-party driver or Bluetooth if you have a recent controller.

During our testing, OneCast worked as expected despite some random stuttering, but your experience may vary depending on your Internet connection. The app runs in full screen or windowed mode, and you can choose between four different levels of video quality with support for 1080p streaming. The app also lets you sign in with multiple Xbox profiles and register different Xbox One consoles.

You can try OneCast for free with a 14-day trial, and the app is just $11.99 ($50% off) through April 1, 2018. If you always wanted to play Xbox One games on your Mac when someone else is using your TV, this is definitely easier than installing Windows 10 on your Mac to enjoy the same feature with Microsoft's Xbox app.