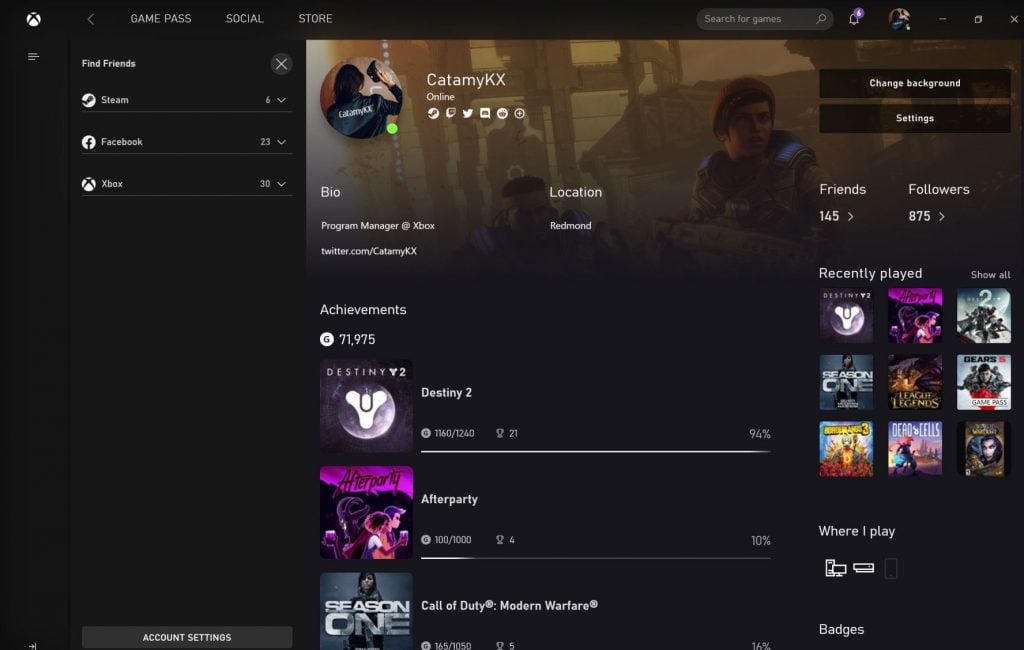 Reddit is the latest social network that Xbox Live users can now display on their profile on the Windows 10 Game Bar and Xbox beta app. These two Xbox experiences already let you link various accounts to your Xbox Live profile including Facebook, Twitter, Steam, Twitch, and Discord, and Reddit is a logical addition considering the very active r/xboxinsiders subreddit.

Actually, linking your Xbox Live account to your Reddit account will automatically subscribe you to the Xbox Insiders subreddit. The Xbox Insider subreddit is the best place to go for community discussion, support from the community and official Xbox Insider staff, and major program announcements,” explained Xbox Program Manager Catarina Macedo.

If you’re not seeing the option to add your Reddit account to your Xbox Live Profile yet, Macedo said on Twitter that this
new capability should appear in the Windows 10 Game Bar and Xbox beta app “in the next couple of hours.”

Been working hard on new account linking features - excited for our partnership with Reddit and all the other networks! This update will roll out in the next couple of hours for all Game Bar and Xbox (Beta) users.

Bringing more account linking features is great, it’s quite curious that Microsoft chose to support Twitch but not Mixer, the company’s own game streaming service. I personally asked Macedo about the addition of Mixer back in August, and she replied at the time that it was “coming soon."

Do you like being able to link your social media accounts on your Xbox Live profile? If so, let us know in the comments what are the other social networks you would like to see being supported.