You can now launch Xbox cloud games with Bing and Microsoft Edge - OnMSFT.com Skip to content
We're hedging our bets! You can now follow OnMSFT.com on Mastadon or Tumblr! 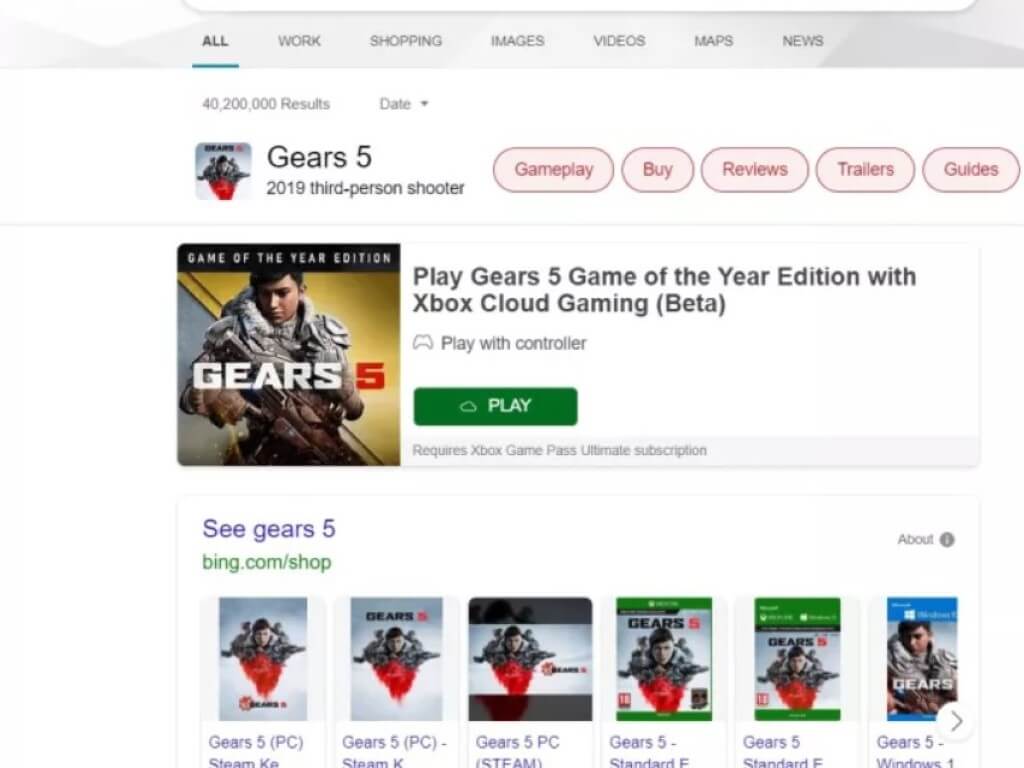 If you are a subscriber of Xbox Game Pass Ultimate, then you no doubt love the ability to take advantage of Microsoft's cloud-streaming service for games, Xbox Cloud Gaming.

And if you are a also a fan of Microsoft's Edge browser, then you are about to become an even bigger fan thanks to a new feature rolling out for Edge first reported by Windows Central. This new feature apparently allows users to launch Xbox cloud games directly from the browser when using the Bing search engine.

If a game you search for is currently on game pass (Yeah in Bing 😅) it's gives you a link to immediately start playing on #xCloud;
🤔they fulfilled googles promise with Stadia

When searching a game in Bing, if that game is part of the Xbox Game Pass Ultimate catalog and has access to cloud gaming, you'll see a entry for that game at the top of the search results, along with a big green Play button through which you can launch the game straight from the browser. Use this link to a Bing search of Fortnite to give it a try. Remember that Xbox Cloud Gaming is an exclusive service of Xbox Game Pass Ultimate.