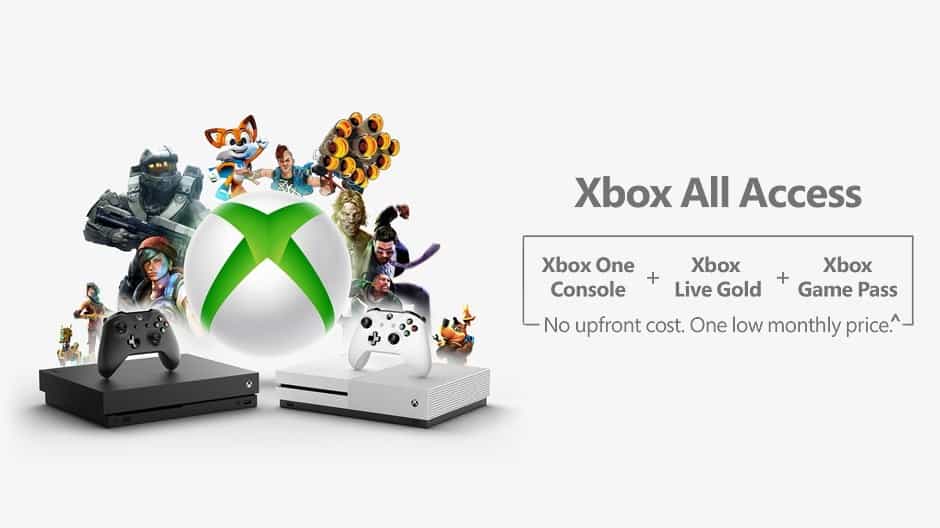 The incoming holiday season is usually a very important period for the video games industry, and this year Microsoft will be experimenting with something new to drive more consumers to get an Xbox One console. Xbox All Access, the company’s new subscription plan that bundle an Xbox One X or S console, two years of Xbox Game Pass, and a two year Xbox Live Gold subscription was made official today by a blog post that briefly appeared on Xbox Wire before being taken down (via Venture Beat)

“For no upfront cost and one low monthly price for 24 months, Xbox All Access gets you a new Xbox One S or Xbox One X, access to more than 100 great games through Xbox Game Pass, and online multiplayer with Xbox Live Gold,” wrote Xbox product marketing boss Bogdan Bilan in the Xbox Wire blog post. “That’s more than 100 all-you-can-play games — including highly-anticipated new Xbox One exclusives the day they’re released, plus more games added all the time on  the fastest, most reliable gaming network and an Xbox One console.”

According to the since removed post, Xbox All Access will cost $22 a month for two years with an Xbox One S console, or $35/month for consumers choosing the more powerful Xbox One X. Once the two-year subscription ends, consumer will own the consoles and will have the choice to keep subscribing to Xbox Games Pass and Xbox Live Gold. Microsoft also said that consumers can save $130 if they choose an Xbox One S with Xbox All Access, and paying just $22/month for two years for the complete package is definitely a great deal. Choosing an Xbox One X adds $13 to the monthly bill, but you’ll still pay less ($20) than what you would have if you had to buy everything outright.

The console business already functions with razor-thin margins, but Xbox All Access seems to be a good strategy to get gamers on board with Xbox Games Pass and Xbox Live Gold, which both provide a regular stream of revenue to the company. Moreover, the Xbox team recently said that it saw Game Pass subscribers spend 20% more time playing games and play 40% more titles compared to non-subscribers. “We are seeing both purchase and subscription increases as a result of Game Pass,” said Ben Decker, general manager of services at Microsoft in an interview with Variety last week.

Xbox All Access looks like a great way for Microsoft to grow its Xbox business, but the blog post on Xbox Wire said that the subscription would be a "limited-time offer" and only available for "qualified customers." It's still not clear when the Xbox All Access will launch in the US, or why the post was removed, but we'll update this post as soon as we get more information.

Update: A dedicated Xbox All Access page is now live on Microsoft's website, revealing that US customers will be able to subscribe starting today by visiting their local Microsoft Store. Xbox All Access financing will be done through Dell Preferred Account, in partnership with WebBank and Member FDIC. Last but not least, Xbox All Access bundles will be available through December 31, 2018, while supplies last.

Xbox All Access - making gaming easier to get into. Xbox One S or X, Xbox Live, Xbox Game Pass (100+ games, new games every month, discounts on games and DLC) all with no upfront cost. https://t.co/nQCJ8ZEqnz