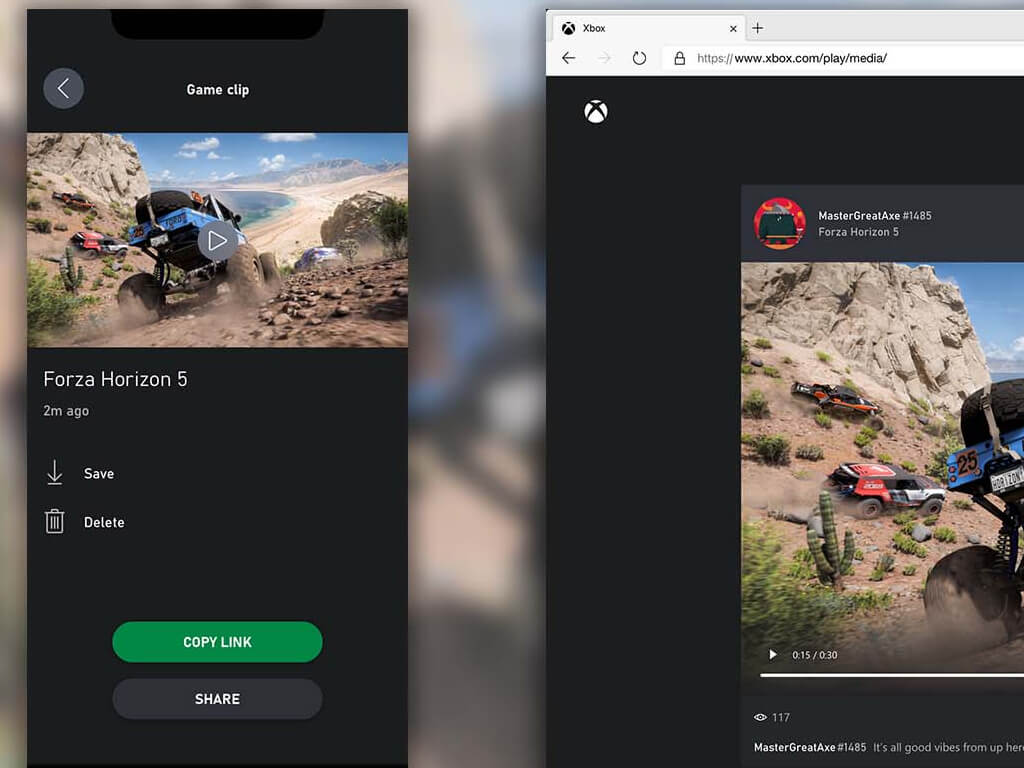 Microsoft’s Larry Hryb revealed earlier today on Twitter that recorded Xbox game clips would soon be given unique URLs that would allow them to be shared more easily with people who don’t use the Xbox apps nor own an Xbox One or Xbox Series X console.

A more social experience will also be launching alongside this added functionality that will make it easier to browse and discover clips.

“Link sharing and trending content are coming soon to the Xbox mobile app, letting you share links to your game clips and see the top trending content from other Xbox gamers,” Hyrb said in a tweet. “This is currently being tested in the app and will soon be rolling out to all users!”

From the images shared, it looks as if the Xbox apps, at least on iPhone and Android, will fully embrace the social media aspects of the Xbox service with a feed that resembles that of Instagram and TikTok.

The Xbox apps have been testing this kind of feature for a few months now but it’s been limited to video games and developers.