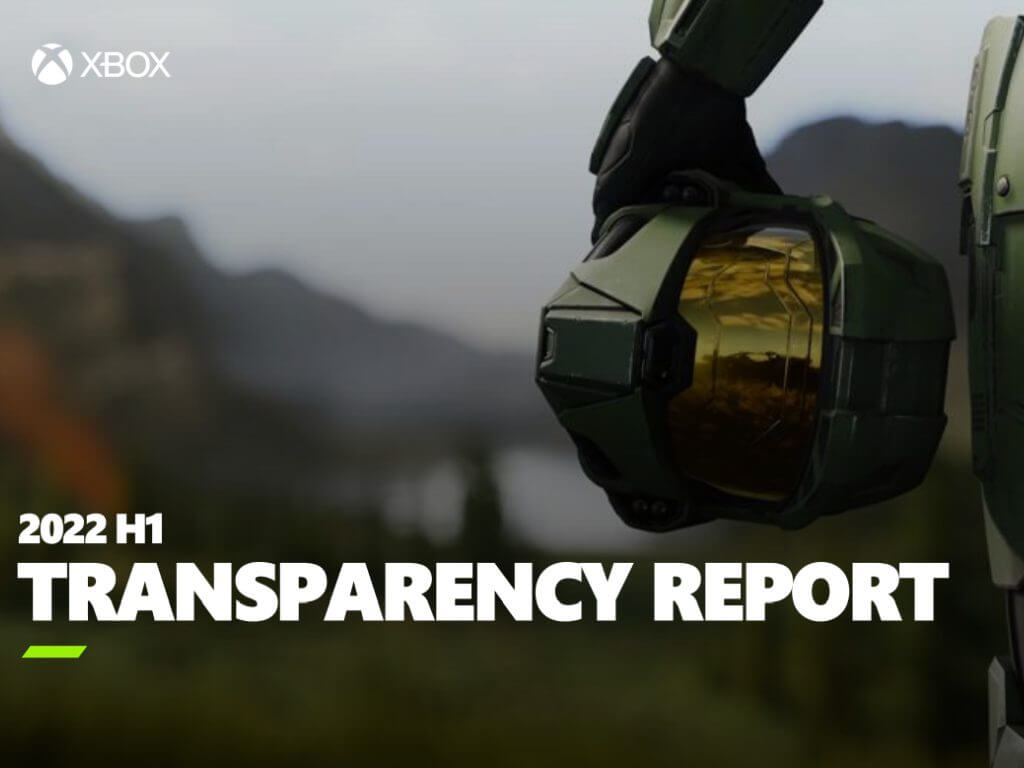 In an effort to contribute to online safety, Microsoft published its first ever Xbox related Digital Transparency Report.

The Microsoft Xbox gaming platform Digital Transparency Report is a six month snap shot of activities taken by the Xbox team to "foster spaces that are safe, positive, inclusive, and inviting for all players," according to CVP of Xbox Player Service Dave McCarthy.

In this first ever Transparency Report, the Xbox teams lays out its vision for the community that includes a detailed list of Xbox Community Standards such as Shared Values, Conduct, Content, Attitude, Cross-Platform Play, Spam, legality, fraud and the prohibition of other harmful behaviors.

Perhaps the most notable piece of data from the detailed report is the one associated with the Xbox team's "proactive enforcement" of its standards that has resulted in the team taking action up to 4.78 million times on accounts that violated community guidelines.

A large percentage of the 4.78 million actions flagged resulted in temporary suspensions over the course of the six-month window for the report that includes January 1, 2022 through June 30th of 2022.

The length of suspension is primarily based on the offending content with repeated violations of the policies resulting in lengthier suspensions, an account being permanently banned from the service, or a potential device ban.

Based on the report, the Xbox team has been a bit more aggressive with their "proactive enforcement" - up 9X than in previous reporting with account suspensions up for "inauthentic accounts," as well as cheating; which were oddly grouped together.

The net result of more policing of its policies on the Xbox platform has been a drop in players reporting one another. The fear of a 7 to 14-day suspension may be playing a role in the reduction of player reports or that more players understand the platform guidelines a bit better than they might have a couple of years ago.

Of the 33.07 million player reported files this year, most were flagged for in-game conduct relating to cheating, teamkilling and, or purposeful team sabotage.

The Xbox team is also committed to empowering players to self-police in more nuanced cases as the number of Xbox Ambassadors continues to grow beyond 150,00.

The Witcher 3: Wild Hunt next-gen update to release in December