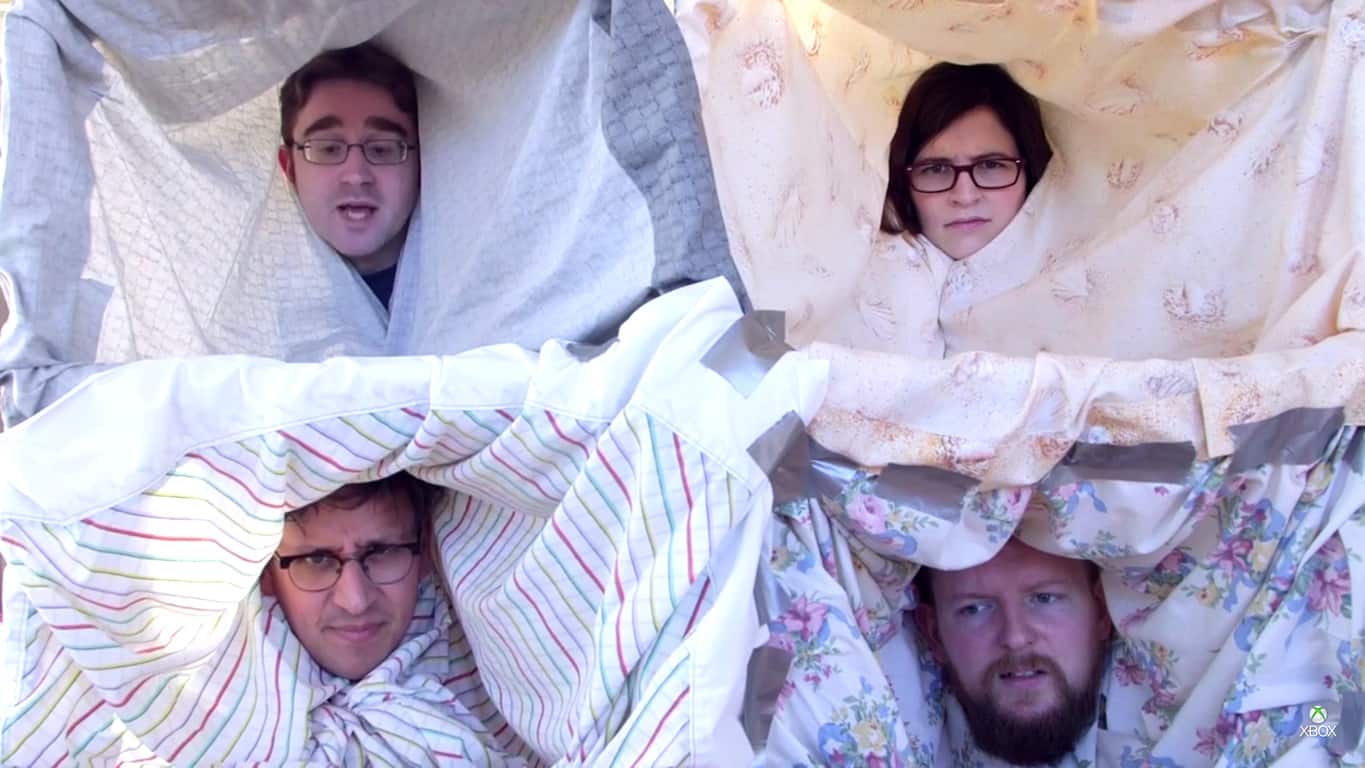 With the arrival of online gaming, less and less video games have been supporting local multiplayer in recent years and even fewer have invested in local four player experiences. The developers over at Samurai Punk are seemingly aware of this and have just announced that their new game, Screencheat, which will be launching on Xbox One on the first of March 2016, fully embraces the local co-op experience that many gamers have been longing for since playing Goldeneye back in the early 2000s.

Screencheat fully embraces its retro inspirations with a multiplayer split-screen gaming experience and actually encourages players to “cheat” by looking at their rival’s part of the screen. In Screencheat, all the other players are actually invisible so the only way to tell where everyone is is by working out their location from the visuals on their corner of the TV.

Impressively, Screencheat supports up to eight players in both local and online modes which should make for some intense local gaming sessions for those households with enough controllers and players. The online could be pretty interesting too.

Do you miss the days of local co-op and will you give Screencheat a go? Let us know in the comments below.