A free demo for the Middle-earth: Shadow of War video game has just launched on Microsoft's family of Xbox One consoles. This demo allows players to try the game for free before investing in the full title. Here's the game description for the demo.

Play the Demo for Middle-earth: Shadow of War! Experience your first taste of the award-winning Nemesis. Face down the dreaded overlord and conquer their fortress. Work your way through his forces, dominating his captains and build your own army. After completing the Demo, transfer your Overlord into Middle-earth: Shadow of War™ where they can aid you in the fight against Sauron. Explore the region of Nûrn and take the leap into the land of Mordor.

It's a smart decision to launch this demo as the full version of Middle-earth: Shadow of War is currently selling with a $25 discount due to the Ultimate Game Sale that started today which could make buying it very tempting.

Have you played Middle-earth: Shadow of War yet? Let us know if you'd recommend it to others in the comments below and then follow us on Twitter for more Xbox news. 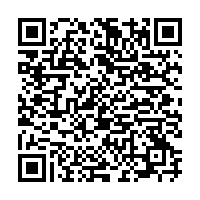