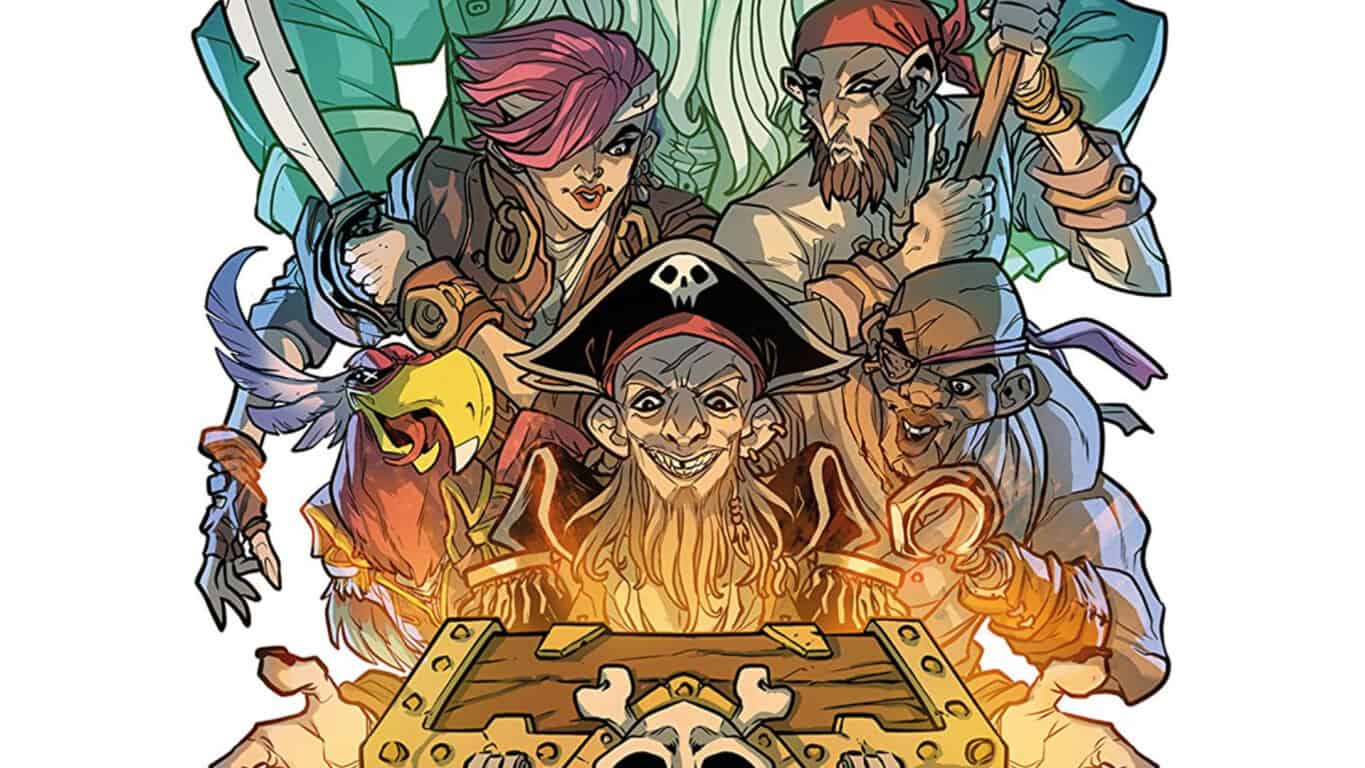 Microsoft's upcoming Sea of Thieves video game is about to get its own comic book series by Titan Comics.

The Sea of Thieves comic book series is due for release on March 14th 2018 and will be written by Jeremy Whitley with art by Rhoald Marcellius. The first issue is already available for digital pre-order on Comixology and has been given a 17+ age rating which suggests that it could be more violent than its cartoony style artwork looks. There's also a very brief description for the first issue.

A gripping, uproarious and treacherous pirate adventure! Two crews sail the sea of thieves in a race to track down ancient treasure. Along the way they'll deal with undead hordes, devious traps and their own bitter rivalries, but who will ultimately claim the legendary loot? Based on the shared-world adventure multiplayer game from Rare, due for release early 2018 on Xbox One and Windows 10.

Sea of Thieves will launch on Xbox One and Windows 10 on March 20th and pre-orders are already open. The game will be an online multiplayer experience and it's unclear how much story content will be present. Because of this, exploring the game's world via a comic book series could provide some substantial on the game that may be missing in the title itself.

Will you pick up the Sea of Thieves comic book? Let us know in the comments below.

Microsoft giving Playerunknown's Battlegrounds to Xbox One buyers for free

Playerunknown's Battlegrounds gets loads of fixes in latest Xbox One update