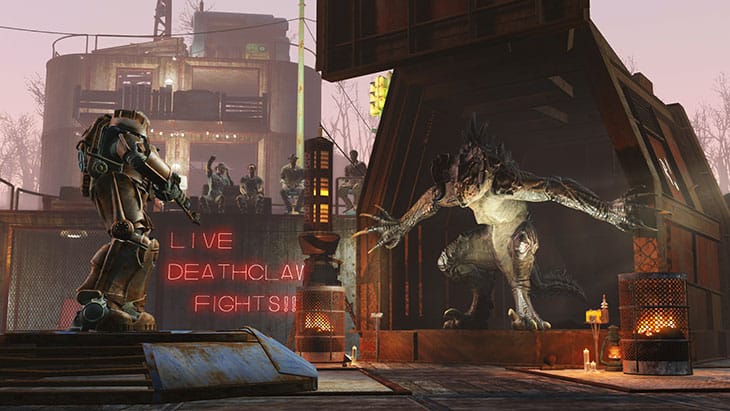 Just a few days ago we reported that Xbox One would be the first console to allow Fallout 4 users to mod their game, and we now finally know when precisely that's going to happen. The news about Xbox One's ability to mod Fallout 4 was initially announced along with the game's release in E3 2015, and while it took quite a few months to roll out, the feature will be live on May 31st.

#Fallout4 [M] mods are coming to #XboxOne. Get them free on May 31 and learn more at https://t.co/fRtqesfdny. pic.twitter.com/tGMHmECFOv

The full list of mods that are going to be available at launch is here, but there are a few that were listed a couple of days ago that you might be interested in as well. Of course, those are only the initial mods - the community will continue to develop content for Fallout 4 ad infinitum, so you'll never really run out of content.

If you've never played a Bethesda game - or any other moddable game - on PC and aren't yet familiar with why modding is so significant, you're in for an extremely pleasant surprise. Basically, mods are sets of custom content or graphical tweaks made by members of the community that have a burning passion for the game and the talent to turn that passion into reality. Mods can go anywhere from creative re-skins of characters and objects to entirely new questlines, complete with original characters, brand new weapons and armor, unique scenery, and more.

Mods can do more than just alter specific parts of your gameplay experience - they can make the game feel completely new again. If you're like this writer and millions of other people who have played Fallout 4 since its November release, you may have poured well over 100 hours into this massive title. If you're about to dive into your first time using mods, you're going to discover that your first playthrough was really only the beginning of your Fallout experience.

Unlike official DLC, all modded content is a labor of love by the person or people that developed it. That means that all of your mods are absolutely free - no strings attached, nothing to sign, no money necessary. Just browse the mod library come May 31st and enjoy the products of a fellow fan's hard work.

Long term review: Mozo back covers for the Lumia 950