Xbox One S HDR support may be limited to HDR10 standard

It’s now been a week since Microsoft hold its E3 2016 press conference where the company unveiled its brand new Xbox One S, its upcoming 4K gaming console Project Scorpio as well as its upcoming lineup of Xbox and Windows 10 exclusive games. Among all these announcements, the Xbox One S was a pleasant surprise as the hardware revision will feature a 40% slimmer design (with integrated power supply), an up to 2 TB internal HDD, IR Blaster as well as slightly more powerful hardware to watch Blu-ray movies and stream video in 4K. 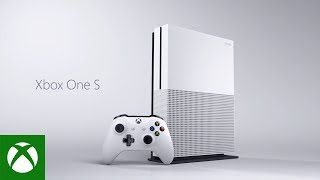 It's now been a week since Microsoft hold its E3 2016 press conference where the company unveiled its brand new Xbox One S, its upcoming 4K gaming console Project Scorpio as well as its upcoming lineup of Xbox and Windows 10 exclusive games. Among all these announcements, the Xbox One S was a pleasa

While it may have been confusing to announce both the Xbox One S and the 4K enabled Project Scorpio during the same event, Microsoft put a specific emphasis on the fact that its slimmer gaming console also offers High Dynamic Range (HDR) support for video and gaming. HDR support means bringing richer, more luminous colors to visuals thanks to a higher contrast ratio between lights and darks. However, Microsoft also specified last week that HDR would only be available with supported games and TVs, and according to a new report from Polygon all HDR-enabled TVs are not born equal as HDR is actually a fragmented standard.

In its report, Polygon explains that there are currently two standards of HDR which are not cross-compatible. The standards stand at HDR10 and Dolby Vision: the former is an open standard established by the UHD Alliance and supported by Sony, Samsung. The second standard requires manufacturers to add licensed Dolby hardware in both the media player and the 4K TV set to display HDR content (which adds some costs to the devices).

Dolby Vision, which reportedly offers better HDR performance, is currently supported by some manufacturers such as Vizio and LG. Polygon also reports that Vizio has promised to update its M and P-Series 4K TVs to add support to HDR10 later this year, so it’s not all bad. However, Microsoft didn’t explain to Polygon why the Xbox One S would not support the Dolby Vision HDR standard, though it could result from the console lacking the required Dolby-licensed hardware.

Microsoft revealed during its E3 press conference that Gears of War 4, Forza Horizon 3 and Scalebound would be the first games to support HDR on the Xbox One S, and it’s not clear if many upcoming games will also support it over the next few months. The Xbox One S will launch in August with a starting price of $299, let us know in the comments if you care enough about HDR to upgrade your current Xbox One and TV set in the next few months.