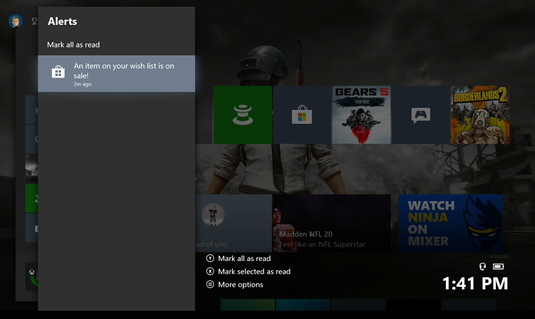 Microsoft has released today the October 2019 Update for the Xbox One, which brings several new useful features such as notifications for discounted items in your Wish List. It’s sometimes hard to keep up with the weekly game sales on the Xbox Store, and Wish List notifications should really help Xbox One owners to save money,

This update also introduces new new Family Settings options, allowing parents to configure how much time kids can spend in apps and games. Interestingly, this new app and game limits feature also extend to Windows 10 PCs. "We want to provide families the convenience of setting this up once, and letting it carry over across your child’s devices,” Microsoft explained today.

If you regularly watch Mixer livestreams on your console, the October 2019 Update will make Mixer content even more integrated into the Xbox dashboard. After installing the update, you’ll be able to open a Mixer video from the dashboard with a single tap of a button, making it unnecessary to use the existing Mixer app on the console.

Along with Mixer, Xbox Game Pass is something that Microsoft wants to give more exposure on Xbox One, and the October 2019 update now makes it possible to recommend Xbox Game Pass titles to your friends. You’ll be able to do that on your public feed, Xbox Live clubs, or via private messages with your friends on Xbox Live.

You’ll also notice a new Events app after installing this update, which follows the Events app that launched on iOS and Android ahead of E3 2019. "With Events, we will be introducing new ways for gamers to discover and be reminded of events happening within your favorite Xbox games or gaming communities such as a start of a new season or in-game holiday events,” the Xbox team explained.

Last but not least, there are three gamer-focused improvements in the October 2019 Update: 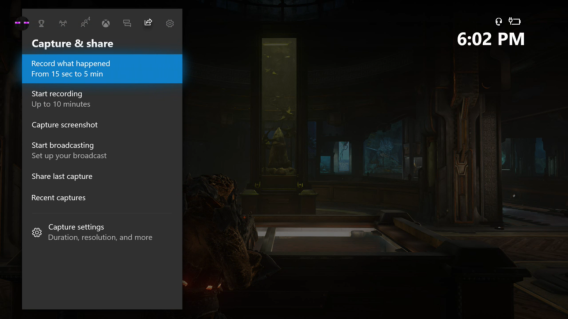 Now that the Xbox One October 2019 Update is out, Microsoft can move on to the November Update which it has already started testing with select Xbox Insiders. There are no new features in the latest 1911 preview builds so far, but we expect Microsoft to introduce a preview of the new Console streaming to mobile devices very soon.