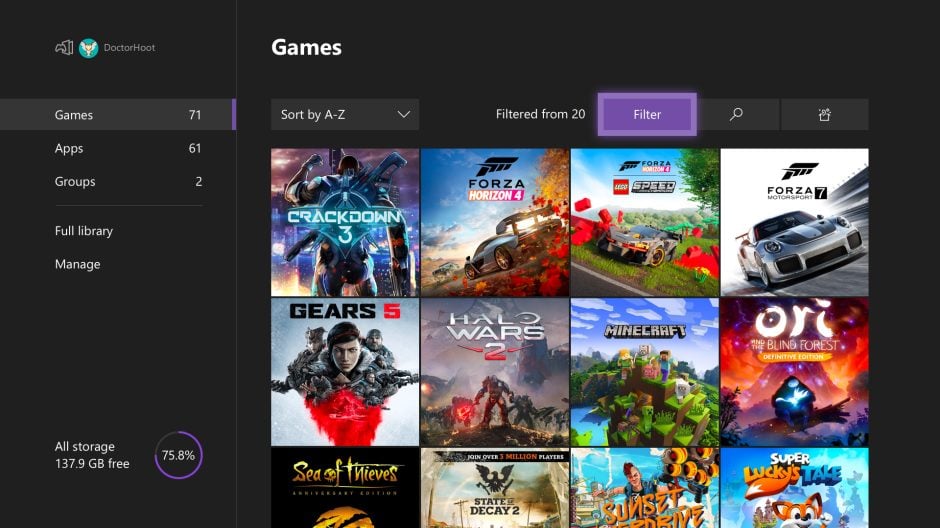 Microsoft has quietly released the May 2020 Update for Xbox One consoles today (via Windows Central), which follows the previous April 2020 update released last month. This new system update is a pretty minor one, adding new filtering options for My Games & Apps, a new channel system for the Community Hub, as well as live thumbnails for Mixer.

You can read the full changelog below:

The updated Community page on Xbox One makes it clearer where your content is coming from and how to explore Xbox Live. This improved layout splits the page into four new channels:

We’ve added a couple of new filtering options for your games & apps: genre and player count. Try this out with the Surprise Me! button for even more catered results when you’re looking for something different to play.

Added with the May release, live thumbnails make it way easier to get a glimpse into a stream before jumping in. Take a scroll through what’s happening on Mixer and find a new favorite streamer.

If you've been following Xbox Insider news recently, you may have noticed that the Xbox Guide improvements that Microsoft has been testing with Insiders for quite some time did not ship with the May 2020 Update. The experiments include a new Parties & chat tab that combines text chats and Xbox Live Parties, as well as a Profile & system tab that brings together Settings, audio, customization, power options, as well as user switching all in one place.

It's not clear when these Xbox Guide improvements will ship to all Xbox One owners, but Microsoft is already planning another system update for June, so there's hope. In the meantime, it's nice to see the Xbox One OS continuing to get new features at a regular pace, even though Xbox employees are currently working from home.