It's been a frustrating few weeks for Xbox One players of LEGO Marvel Superheroes 2. To encourage gamers to pre-order the title before its release, all of the official LEGO video game social media channels heavily promoted a campaign that promised early access to Guardians of the Galaxy and Agents of Atlas DLC to anyone who pre-ordered the special LEGO Marvel Superheroes 2 Deluxe Edition.

When the game launched on November 14th however, many Xbox One players were disappointed to see that the promised early access DLC was missing while gamers on rival consoles like Sony's PlayStation 4 were given free reign. Sure, the DLC was simply a collection of playable characters, but it was still frustrating not to be given what was promised. As a result of this mess-up, the Store listings for the LEGO Marvel Superheroes 2 Deluxe Edition and Season Pass have been flooded with negative reviews complaining about the missing promised content. It currently has a rather disappointing three star rating which isn't great for such a major new game release.

It's unclear exactly what the issue was but it appears to have been a combination of the associated DLC not appearing in the Store on Xbox One consoles and ownership of the Deluxe Edition disappearing from users' accounts. I personally pre-ordered the Deluxe Edition months ago yet the Store now says that I don't own it and only own the regular edition and the Season Pass.

The error is now fixed however the solution is a little convoluted. To get the early access to the DLC, Xbox One users must go to their individual product listings within the Windows 10 Store app on their PC or Windows phone (here and here) and press the button to install the content on their home Xbox One console. This method didn't work previously but does now so those that have already tried this should try again. This still cannot be done in the Store on the console or from within the game as each package is still missing in these locations.

Note that early access is only for those who pre-ordered the Deluxe Edition. Buyers of the regular edition and those who purchased the Season Pass separately will need to wait until December 20th to access these two packs. The rest of the Season Pass content will release at later dates for everyone.

Were you affected by this glitch and do you now have access to these characters? Let us know in the comments below. 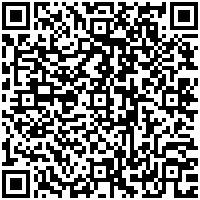 Here's what you'll get for watching The Game Awards on Mixer