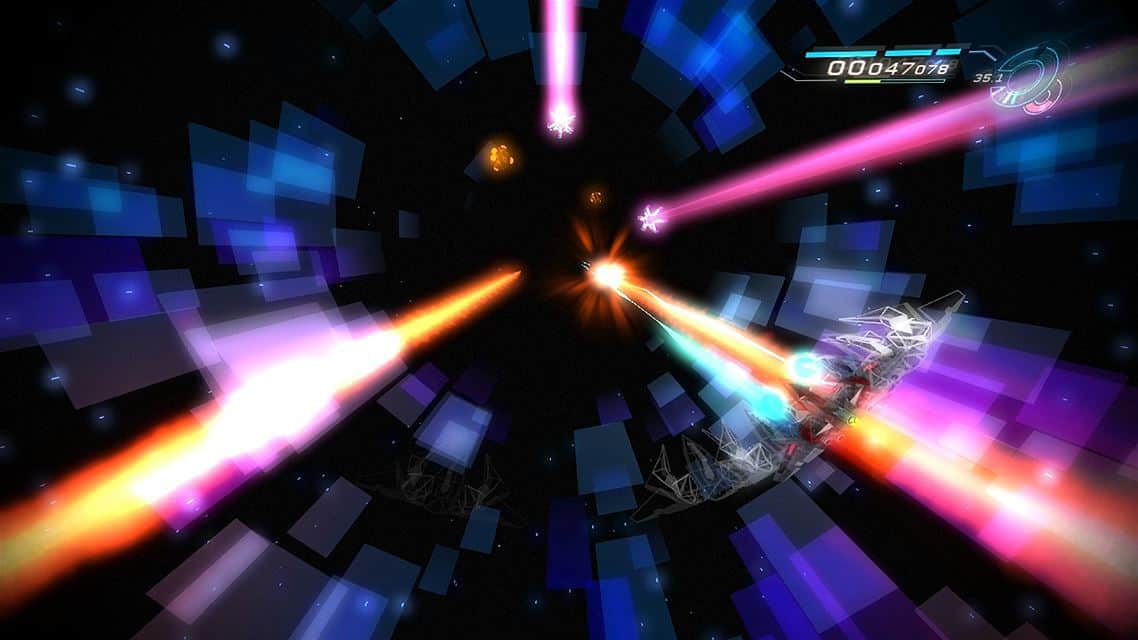 The Xbox One isn't all about Halo and Lara Croft and other first-person shooters. Other games can also be a blast, and Xbox Live's Major Nelson clues us in on some exciting sci-fi space combat in Hyper Void.

This is the first time space battles occur not only in the depths of galaxies, but right inside cross-dimensional wormholes!

Punch your way through waves and waves of enemies from all races in the universe as you travel through volatile and crazy wormholes, all rendered in high-quality 3D with a heart-pumping progressive soundtrack!

Over 25 levels are awaiting you, filled with challenge and dangerous big boss encounters. And if that wasn't enough, three EPIC boss showdowns will test every space combat skill you have!

Are you ready to embark on the mission that will determine the fate of our race?

You can also check out some gameplay videos to get a better idea of the action. Hyper Void is available right now for only $9.99, and so if you're looking for some gaming you can jump right into, get your credit card out and start downloading.