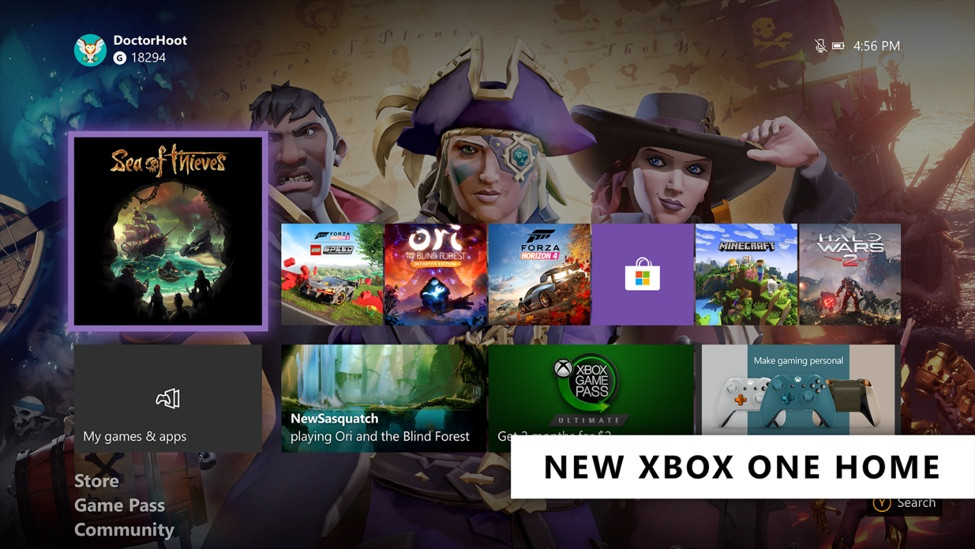 Microsoft has quietly released today a new system update for Xbox One consoles. The February 2020 update is quite noteworthy as it introduces another revamped Home Experience, which replaces the existing “Twists” at the top of the UI with dedicated tabs for Xbox Game Pass, the Microsoft Store, the Xbox Live Newsfeed, and Mixer. Users can also customize this new Home page by adding shortcuts to games, Xbox Live friends, and more.

The My Games & App section has also been reorganized, with Xbox Live Gold, Xbox Game Pass and EA Access being moved to a new “Full Library” section where you can also see all your owned games and apps. A new “Manage” section lets you also manage updates, console storage, and more. Overall, My Games & Apps seems a bit faster, especially when you have a huge game library.

The February 2020 Update will also finally let you change the default notification position on your console, with 9 positions to choose from including the four corners of your screen. However, Microsoft previously explained that some games may not respect your choice during gameplay to guarantee the best experience.

Lastly, there are also two minor changes to talk about: Images and GIFs are now supported in your Xbox Live conversations, and the new built-in Mixer viewing experience is getting better with video resolution options, a new classic chat mode, and the ability to browse through a steamer’s channel. This new Mixer experience will eventually replace the existing Mixer app on Xbox One.

Do you like this latest redesign of the Xbox One dashboard, or do you think the Xbox team could do even better? Sound off in the comments below.

Xbox Smart Delivery feature explained: what does it mean for Xbox Series X?