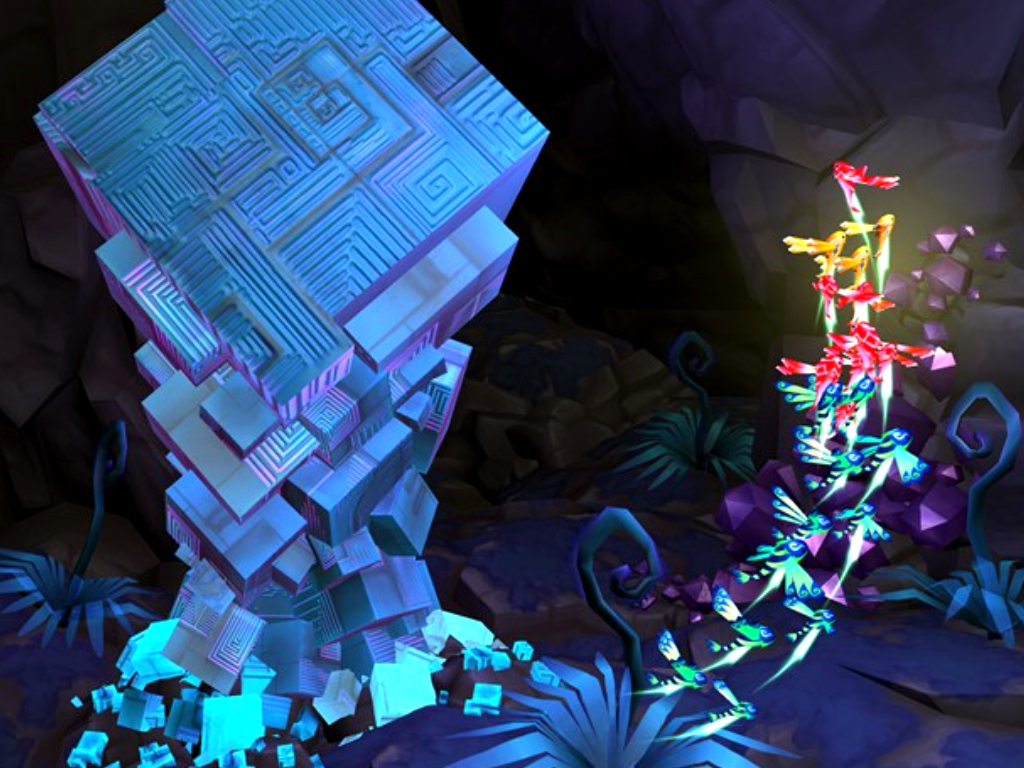 Pre-orders for Lumini have opened on Microsoft’s family of Xbox One consoles ahead of the game’s January 22nd release date.

Lumini is an atmospheric adventure game designed to create a sense of calm and tranquillity. Players are tasked with guiding a swarm of mysterious creatures through a variety of areas while collecting energy.

A long-forgotten species, a hostile planet and a journey of discovery – welcome to the world of Lumini...

Having vanished without trace for thousands of years, an innocent race of creatures known as the Lumini have returned to their home world. Sadly, time has not been kind and the balance of the planet has shifted, turning the once gentle environment into a hostile landscape. Only the Lumini themselves can restore balance and help revive their long-dormant race, before adapting to preserve the future for generations to come.

Explore the Lumini home world in this relaxing flow-style adventure, overcoming obstacles and keeping your swarm safe while collecting the planet’s energy to bring back your fallen comrades. Split and reform your swarm, evolve and discover new abilities to bring the Lumini back to their former glory...

Lumini is currently selling for just $8.99 on Xbox One consoles. Its price is expected to jump up to $9.99 once it launches in under two weeks from now.

Microsoft Teams is getting a Walkie Talkie feature, other capabilities for Firstline Workers