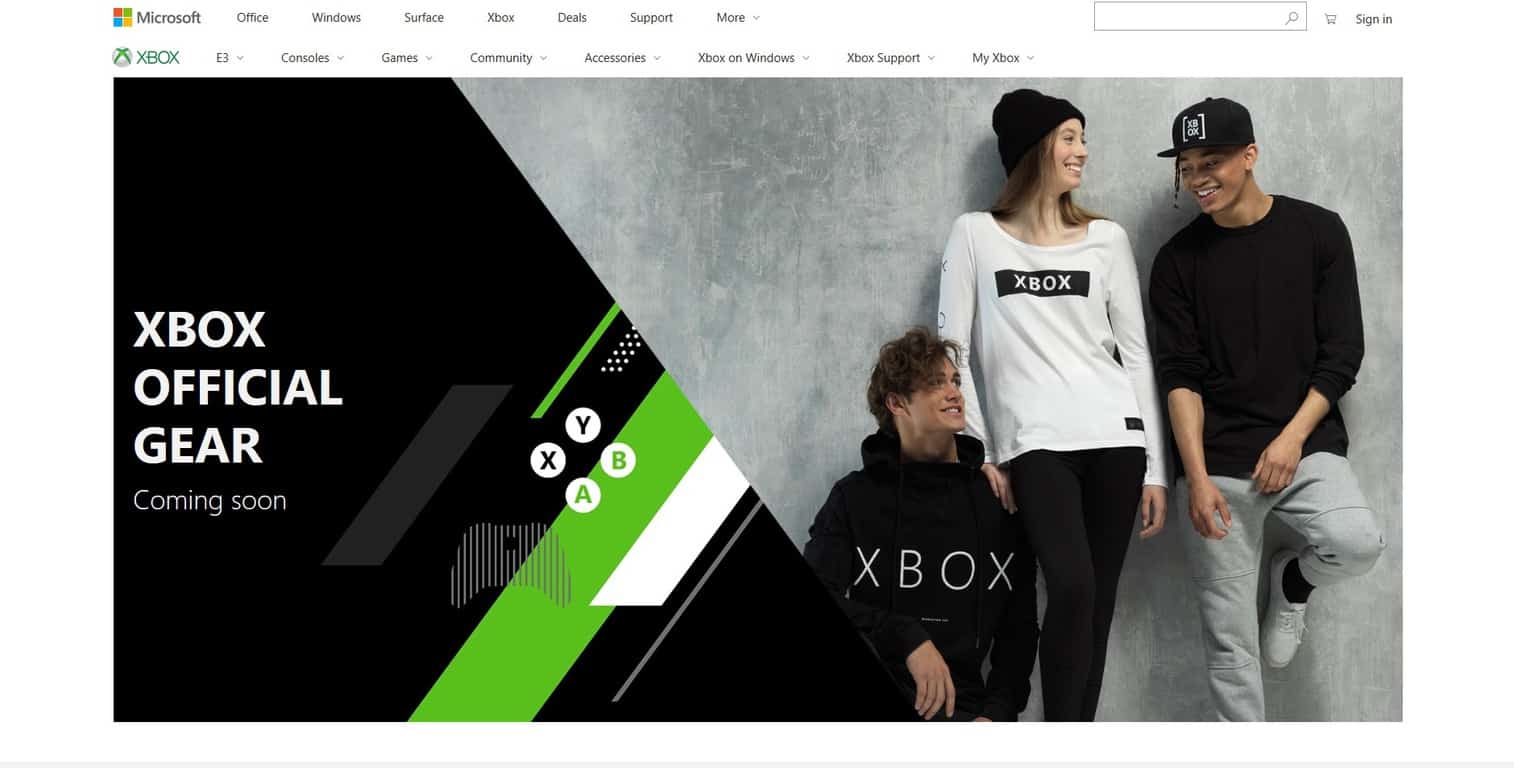 While publications continue to fan the flames of this console generations rabid fanboy and fangirl fervor over chosen gaming hardware options, Microsoft is seemingly starting its own simmering campfire across town by opening up an online storefront to enable fans to champion their pride of the Xbox brand.

The first mention of this new store came from a post on Major Nelson blog about upcoming E3 announcements from Microsoft.

For the first time, come and visit the Xbox Official Gear Shop by Microsoft Stores in the Xbox Experience at E3. Fly your gaming colors and show off your fandom for Xbox and award-winning franchises like Halo, Forza Motorsport, and Gears of War as well as limited edition designer collaborations. We will have more information on this exciting new initiative over the coming weeks.

However, there were no links or any further details about the Official Gear Shop until recently.

A few days ago, notorious Microsoft leaker, WalkingCat reiterated the potential of an online store similar in function to the Microsoft Store that could sell all types of Xbox branded "gear".

At the time, the link redirected to Microsoft's homepage with no indication of an Xbox Gear shop even being contemplated by the company, however, today, the link now opens a holder page with several people donning various clothing with Xbox branding and the tag, "coming soon."

Perhaps, this new Xbox Official Gear store will be part of Microsoft's E3 announcements or become supplemental news this weekend for fans who are left feeling reinvigorated by their choice of gaming on the console. However revealed, the timing seems to be lining up with Microsoft officially taking the wraps off sometime in the next few days.

We'll update once the page is live.

Xbox 360 wireless headset to make a comeback at E3