Retailers giving away PUBG with Xbox One X sales

It was announced recently that, from December 14th through December 31st, every Xbox One X sold will come with a free copy of PlayerUnknown's Battlegrounds. The massive battle royale game has been making shockwaves throughout the gaming community for several months now, and its introduction to the Xbox has revitalized its fanbase and gotten plenty of new people on board. Giving away the game should help Xbox to get even more people hooked on the game as they continue to develop it.

Flights to the island are boarding now. Grab a seat with #XboxOneX. #PUBG https://t.co/3nd5ej8KUr pic.twitter.com/02mhwj2S0a

The official Microsoft Poland recently put up a post that let the cat out of the bag on something Microsoft has been working on for a while. The first thing the blog post said was this: “Thanks to the latest update of Windows 10 on Xbox One, you can now connect the mouse, keyboard and webcam to the console." It seems pretty clear-cut to say that we'll have support for keyboard and mouse in the very near future, with the added benefit of s's ome third party webcams.

Until January 5th, you can get one month of Xbox Live Gold and Xbox Game Pass for just $1. It's a good deal for people who just got their family's an Xbox for the holidays, and want to try out some of the premium services without dumping all of the money they usually cost. Unfortunately, the discount doesn't extend to any period of subscription over one month. 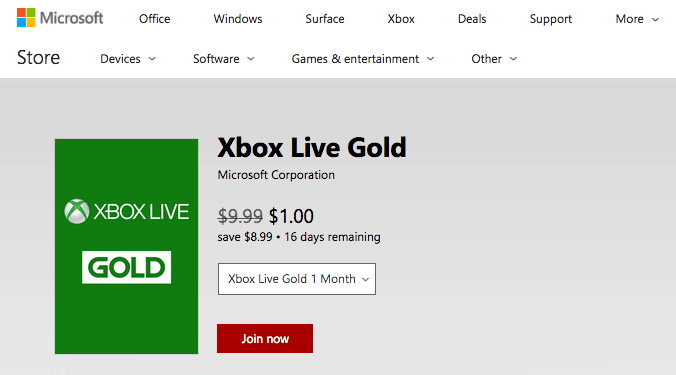 The annual Xbox Countdown sale has begun, offering huge discounts on more than 650 games. The sales knock off up to %65 from several games, including Destiny 2, Resident Evil 7, Cuphead, and Prey. The sales will continue rolling until December 31st, when we all need to come down from our Holiday high and go back to paying retail price on everything. If there's anything on the list that you're interested in, you should grab it while you can still shave the price tag.

Starbucks app leaves Windows 10 Mobile, asks users to use a Web App instead