Xbox Live Gold will cost more, but there will be 5 free Games with Gold in February 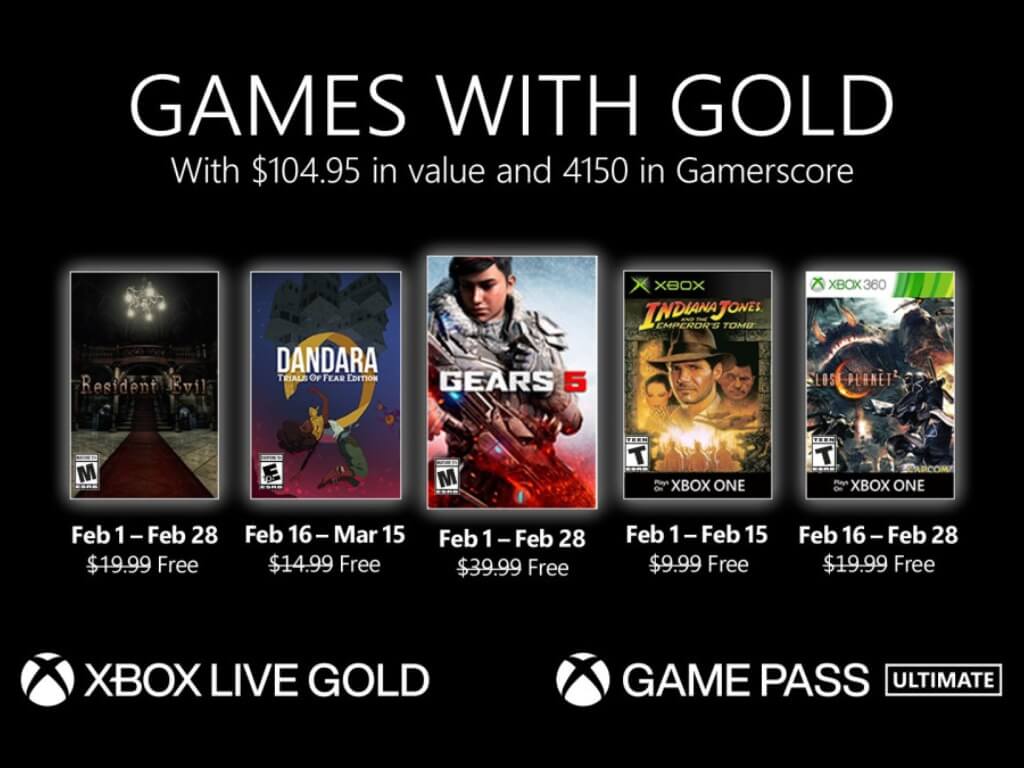 Microsoft has just announced that it was raising the price of Xbox Live Gold in select markets, a move that clearly seems meant to push subscribers to upgrade to Xbox Game Pass Ultimate. Xbox Live Gold is apparently here to stay, though, and it will continue to provide a couple of free “Games with Gold” titles to subscribers every month.

Probably to sweeten the pot after these price increases, Microsoft will offer five Games with Gold in February instead of the regular four titles that Xbox Live Gold can download for free every month. There will be three Xbox One games this time with Gears 5, Resident Evil, and Dandara: Trials of Fear: Edition, which will be joined by the OG Xbox game Indiana Jones and the Emperor’s Tomb and the Xbox 360 game Lost Planet 2.