Microsoft is kicking off Black Friday deals a little early by offering both Xbox Live Gold and Game Pass for just $1 each for the first month of each subscription. This means new users can get free access to more than 100 games, can play online with friends, and also get exclusive deals.

To make the deal even sweeter, all subscribers of Xbox Live Gold will also get early access to the company’s Black Friday deals on the Microsoft Store, which include savings on more than 500 gaming titles including Red Dead Redemption 2, Black Ops 4, Forza Horizon 4 and many others. And many of these titles are enhanced for the Xbox One X, which by the way, is also on sale for Black Friday. 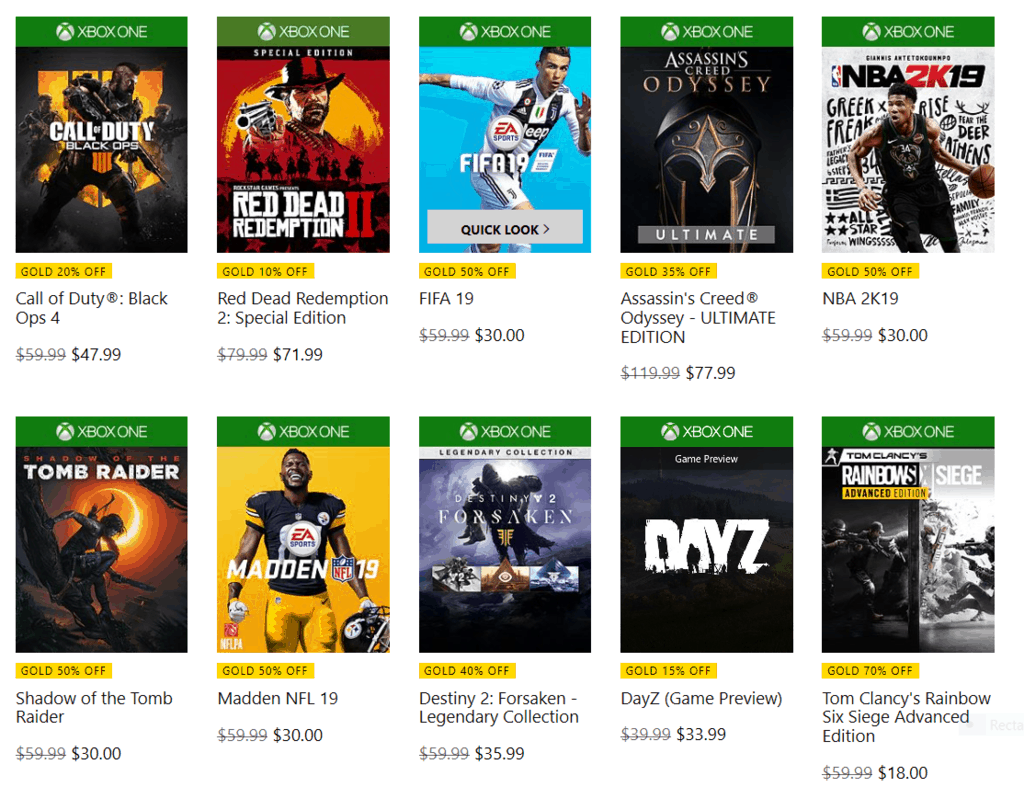 Check out these Xbox One Black Friday deals!

Microsoft’s top-of-the line 4K gaming console is taking a $100 discount, which brings it down to just $399. This deal is similar to the recent $100 price cut the console got when paired with Read Dead Redemption 2, however the new deal works without the need to purchase another title for it to work.

Which deals will you be taking advantage of? Do you think any games on sale that you think is really work mentioning? Feel free to share in the comment area below.