It’s now been two weeks since Microsoft released its new Xbox Series X and Series S consoles worldwide, and Xbox head Phil Spencer has just given a long interview to The Verge to discuss this recent console launch as well as what’s coming next for Xbox. Between the competition with other platforms and the rise of cloud gaming and subscription services, Spencer has a lot of interesting insights about the evolution of the video games industry, especially at a time where a worldwide pandemic as been affecting the development and the consumption of video games in many ways.

Having worked at Microsoft for more than 30 years, Spencer saw the launch of all previous Xbox consoles, but the Xbox Series X|S is the first console generation fully created under Spencer’s leadership. Having two very different consoles at launch is also a first for the company, and Spencer admitted in the interview that going forward with the discless, less powerful Series S was “a good tough decision.” Sony also launched two different PlayStation 5 consoles this fall, though the presence of a disc drive is the only difference between the two PS5 SKUs.

“The way I would frame it, the best argument against doing it was Sony. We didn’t think that they were going to do it,” Spencer admitted. While Microsoft isn’t sharing sales numbers for the Series X|S, the exec said that he’s “very happy” with console sales so far. “A lot of new people to Xbox are coming in through Series S, which is what we would have expected. It’s lower-price. There’s Game Pass there. They will get a bunch of games,” Spencer said.

As of today, both Sony and Microsoft are struggling to keep up with the very high demand for the new consoles. According to Spencer, Microsoft is currently prioritizing Xbox Series X production over the Series S, but the exec expects to “moderate that a bit” starting next year. “Over the long run, in most cases, price wins out. If you just go back and look at previous generations and when console generations hit the real sweet spot of sales, which is one of the reasons we like having that, that’s the Series S at its price point,” Spencer said. 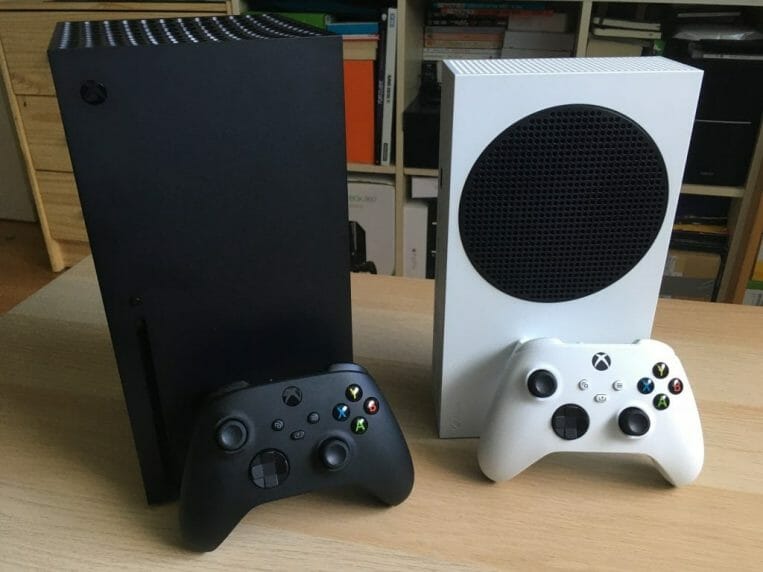 The head of Xbox couldn’t avoid being asked about the Xbox Series X|S launch lineup, which is missing the much-anticipated Halo Infinite. If delaying the game to next year was “a miss on our part,” Spencer admitted, the exec believes that “we’re going to get a better Halo game at a good time when people can actually get a console.” The exec is also confident about Microsoft’s growing Xbox Game Studios division, which will soon welcome many more high-profile studios with the upcoming acquisition of ZeniMax Media. “I feel good, really good, the best I’ve ever felt about our roadmap,” the exec said.

If Spencer reiterated in the interview that the Xbox Series X|S probably wouldn’t be the last consoles from Microsoft, the exec reiterated its intention to bring the Xbox ecosystem anywhere thanks to Cloud gaming, including Smart TVs. “I think you’re going to see that in the next 12 months. I don’t think anything is going to stop us from doing that,” Spencer said.

In addition to Smart TVs, Microsoft ultimately wants to make Xbox Cloud Gaming available on all devices that ship with a web browser. “If the device is capable of running a capable web browser, we’re going to be able to bring games to it, which is pretty cool,” Spencer confirmed, adding that “Apple does remain open in the conversations that we have on this topic.”

Phil Spencer’s full interview with The Verge is well worth a read, but you can also listen to it on this page.

Here’s how we run our podcast with Microsoft 365, Microsoft Teams, and Windows 10