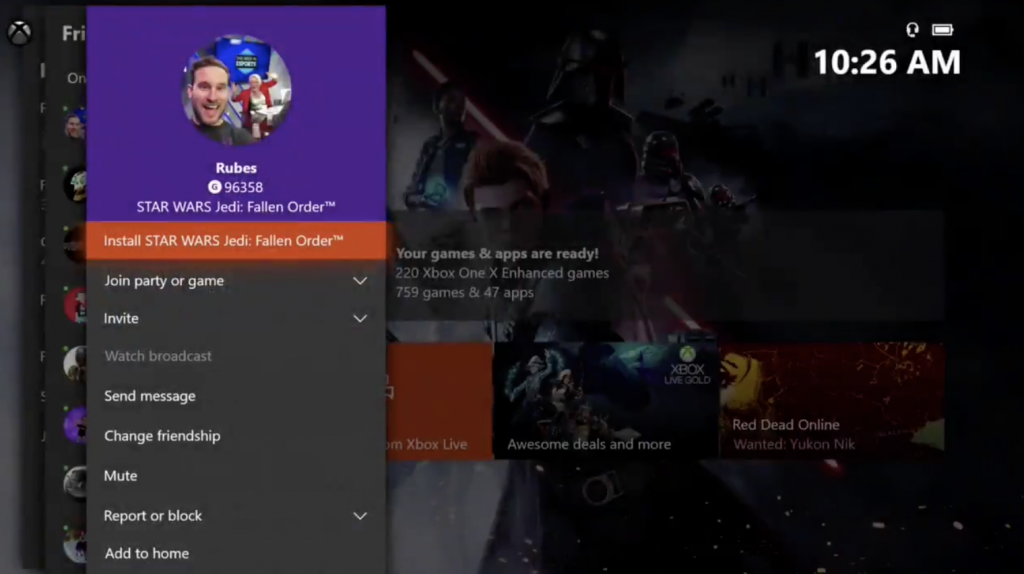 Xbox’s Major Nelson has just announced a new feature coming to the Xbox Guide on Xbox One. When you open your Friends List from the Guide and select one of your friends currently playing a game, you’ll soon be able to either launch the same game if you already have it installed on your console, or go the Microsoft Store to install it (or buy it).

Look for it soon when you are in the Guide and you click on a friends profile.

According to Major Nelson, this new feature is currently rolling out to all Xbox One users, so you may want to check out the Xbox Guide the next time you turn on your console to see if you already have it. This looks to be a neat time-saving feature, especially when you want to join a friend playing a multiplayer game.

In other Xbox-related news, Microsoft also released the November 2019 Update for the Xbox One last week, which brought the support for the Xbox Action for the Google Assistant, new text filters for preventing harassment, and more. You can get more details about this update in our previous post.