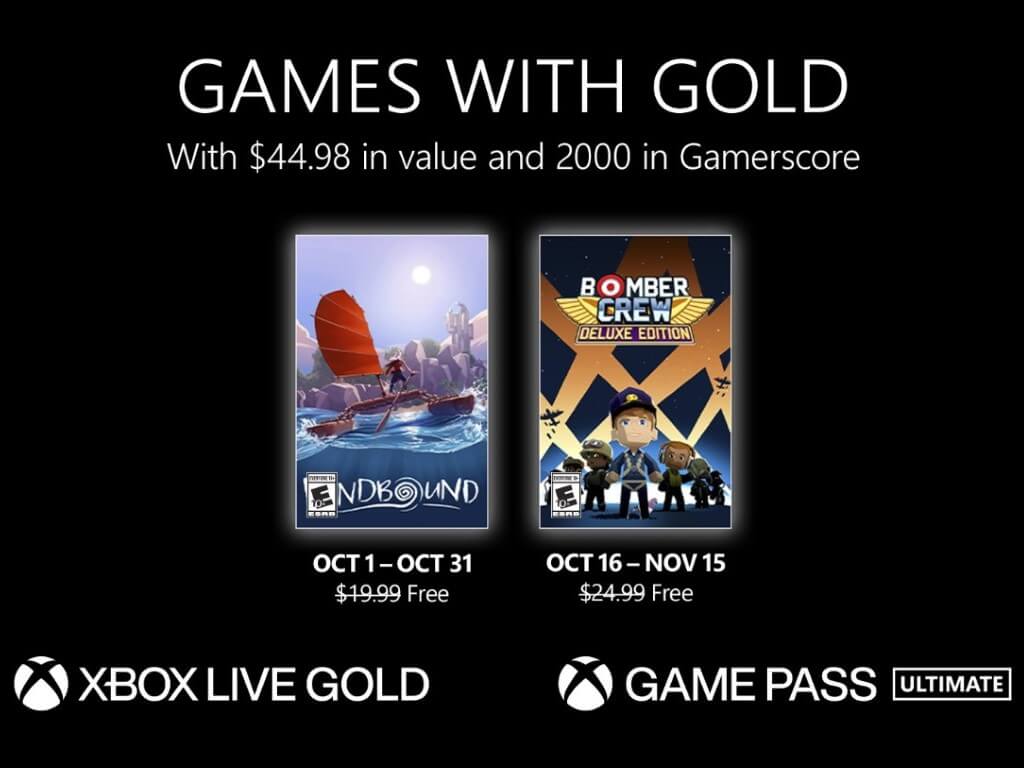 The Xbox Games with Gold lineup for October 2022 has been announced. And the news is rather mixed.

On the positive side, two exciting Xbox One titles will be up for grabs for subscribers of Xbox Game Pass Ultimate and Xbox Live Gold starting October 1.

The bad news is that as you may recall, we reported earlier this year that the Games with Gold program would no longer include Xbox 360 backwards-compatible titles beginning in October. There has since been much speculation as to what would replace these. We are sad to report that the answer is apparently nothing, as it seems there will be a more limited selection henceforward. Anyways, let's have a look at what is available with Games with Gold for October.

Washed up on an uncharted island, you must use your will and skill to survive! Play as Kara, shipwrecked on the Forbidden Islands with nothing but what you can build or find. You’ll need to craft weapons and tools to survive. Spend time building a new boat which you can use in an immersive tactile sailing experience to reach the other islands. Explore the hidden history of each island to unlock their mysteries. Enjoy this delightfully surprising game that takes the survival genre in a totally new direction.

Listen up fliers! We’re recruiting you to take on extremely high-risk missions in this World War II strategic flying and bombing game. Once you’re up in the air, danger is everywhere. It’s up to you to manage the fuel, ammo, and hydraulics while trying to avoid enemy gunners. Even the weather can bring you down. Keep your crew safe and focused and bring home victory. Bomber Crew Deluxe Edition includes the original Bomber Crew plus the Secret Weapons and USAAF DLC, so there’s plenty of flying to be done.