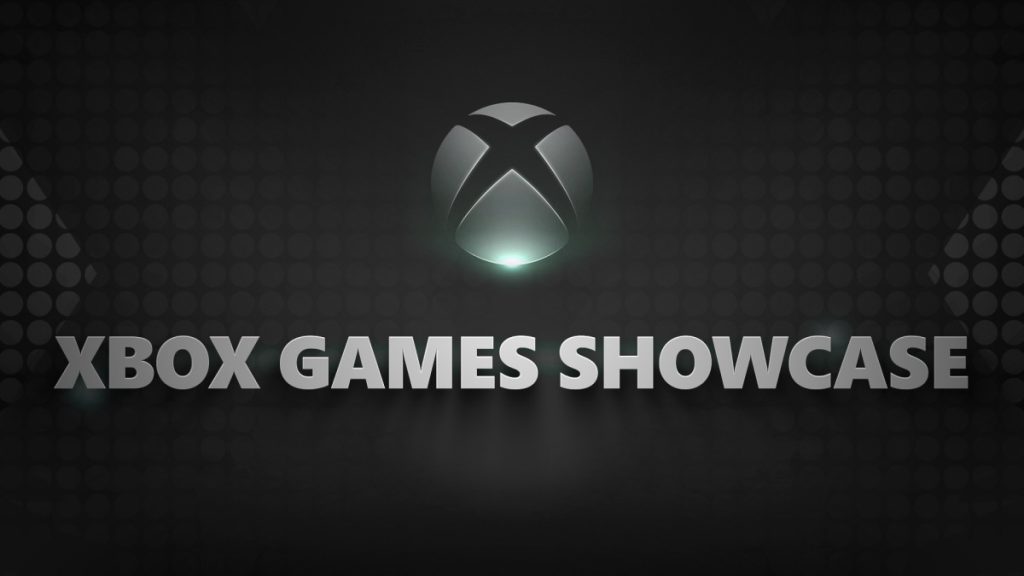 Microsoft’s has just wrapped up its much-anticipated Xbox Games Showcase, and the digital event was quite a rollercoaster. As expected, Halo: Infinite got the most screen time, with Microsoft giving is a first look at the single player campaign. The company had many other exciting Xbox Game Studios to show off today, and we also learned about new third-party games coming to Xbox consoles during the pre-show.

If you didn’t watch the one hour pre-show hosted by Geoff Keighley, we did learn about a couple of new games coming soon to Xbox consoles, and in some cases, Xbox Game Pass and Windows 10 PCs. The first one we saw today was Dragon Quest XI S: Echoes of an Elusive Age - Definitive Edition, which is coming to Xbox consoles, Windows 10, as well as Xbox Game Pass for Console and PC on December 4. Dragon Quest is a very popular J-RPG series in Japan, and Dragon Quest XI will be the first episode to ship on Xbox. The game is already available for pre-order on Xbox.com.

Exomecha, coming in late 2021 on Xbox One and Xbox Series X, will be a free-to-play online shooter that takes place in an exotic planet named Omecha. The game will feature mechs, boss battles, with large multiplayer maps as well as a battle Royale game mode. You can sign up for the beta on the official website here.

Echo Generation, a turn-based adventure game from developer Cococucumber also got a first reveal trailer today. The game will be released on Xbox One and Xbox Series X next year, and its artistic direction seems to be inspired by Minecraft’s unique blocky design.

Hello Neighbour 2, a new episode in the psychological horror games series was also announced as coming to Xbox consoles today, though with no release date. If you've enjoyed previous games in the series, this new installment looks to be just as good.

We also saw during the pre-show a video showing 15 upcoming [email protected] games that will be all optimized for the Xbox Series X. The list includes The Artful Escape, The Ascent, and more, and you can learn more on Xbox Wire.

Balan Company, a new quare Enix subsdiary, has the co-creator of Sonic working on a new action game named Balan Wonderworld. The 3D platormer will feature many different characters exploring a Disney-like universe, and the game will be available on Xbox One and Xbox Series X in Spring 2021.

That’s all for the games shown during the pre-show, which was a good appetizer for the Xbox Games Showcase. Microsoft started its event with a beautiful Halo: Infinite trailer showing the creation of Master Chief’s new Spartan armor. What followed was a first gameplay demo that showed Master Chief and a pilot doing an emergency landing on a mysterious Halo Ring.

Halo: Infinite’s story marks the return of the Banished, the group of Covenant enemies first seen in Halo Wars 2. The gameplay demo was a nice throwback to Halo: CE’s second mission when Master Chief lands on the first Halo ring, though this new ring in Halo: Infinite will be a true open world. The Brute enemies seen in the Bungie Halo games are back, and they’ll be led by War Chief Escharum, a new Brute character that looks just as threatening as Halo Wars 2's Atriox. Combat seems better than ever, with a new grappling hook to grab nearby objects as well as Covenant enemies.

Overall, the world seems much more realistic than before, with plenty of birds and other animals living on this Halo ring. Halo: Infinite does look like a true next-gem game, and 343 Industries said that the world bigger than Halo 4 and Halo 5 combined. We’ll get our first look at the game’s multiplayer in the coming months, and we can’t wait to see more of the game. Microsoft also confirmed today that the game's campaign will run at 60 frames locked on Xbox Series X, and we didn't get specific details about performance on existing Xbox One consoles.

State of Decay 3 also got a first cinematic trailer today, showing a woman encountering a zombie elk in a forest. Unfortunately, we didn’t see any gameplay, but the game will likely be much bigger than State of Decay 2 now that Microsoft acquired developer Undead Labs.

The first trailer for the next Forza Motorsport game was another big moment from today's livestream. The game will support ray tracing and native 4K at 60FPS on the Xbox Series X, and it definitely looks like a leap forward compared to Forza Motorsport 7, or even the new Gran Turismo game Sony showed on PlayStation 5 last month. However, we only saw an in-engine cinematic trailer today, and the game is still early in development and has no release date yet. It's being developed exclusively for the Xbox Series X and Windows PCs, so Xbox One gamers won't be able to play it.

Next was Rare’s Everwild, a game that was announced last year and which got another cinematic trailer today. The game will feature a beautiful world to explore, and it will be quite different from any other games Rare released in the past. Everwild does look quite beautiful with an art style reminiscent of Japanese anime, and you can see it for yourself below.

Tell me Why, an exclusive game developed by Dontnod Entertainment also got a new cinematic trailer todat. The game will feature twins Tyler and Alyson Ronan who have the special ability to explore past memories. This will be another episodic game from the creator of the Life is Strange series, and the first chapter will be available on August 27. It’s also coming to Xbox Game Pass, as did the Life is Strange games before it.

We also learned today that Ori and the Will of the Wisps will be enhanced for the Xbox Series X, with support for 120FPS in full 4K HDR. The game was already stunning on Xbox One X, but it will look sharper and more responsive than ever on the next-gen console. The free update will be available later this year through Microsoft’s Smart Delivery technology.

The Outer Worlds, Obsidian Entertainment's new RPG game that was released last year will get its first story DLC, Peril on Gorgon, on September 9. The Outer Worlds received great reviews last year, and we hope this first DLC will reach the same level of quality than the original game.

Obsidian Entertainment is also working on Grounded, a new coop survival game that will launch in preview on Xbox One and PC later on July 28. You can watch a new trailer for the game below.

Obsidian Entertainement is obviously quite busy these days, as the studio is also creating a brand new IP named Avowed that will ship exclusively on Xbox Series X on PC. It will be a medieval first-person RPG set in the fantasy world of Eora, though this first cinematic trailer didn’t reveal much about the gameplay. However, Microsoft promised that the new game would be “Obsidian at their best,” and we can only hope to see the developer delivering another classic like Fallout: New Vegas was.

Interior/Night, a London-based studio also announced a new Xbox Games Studio title named Dusk as Falls. The game is described as an “interactive drama,” telling the story of a family dealing with dramatic events while being on the road in the US.

Ninja Theory, which is working on the much-anticipated Hellblade 2, gave us an quick update on the game today. The sequel to Hellblade: Senua's Sacrifice will be set in Iceland, and the developer is leveraging the Unreal Engine 5 to recreate the island’s beautiful environments. We didn’t get more information about the game today, unfortunately.

Psychonauts 2, the next game from Double Fine Studios, one of Microsoft’s latest studio acquisitions, also got some screen time today. We saw a bit more of the action platformer which has cute art style, and you can see it for yourself below.

We already knew that Bungie was updating Destiny 2 for the Xbox Series X, but we got a first look at this new version today. The next-gen Xbox will run the game at 4K/60FPS, and it looks quite stunning. Moreover, the game and all its DLCs (including the upcoming Beyond Light expansion) are coming to Xbox Game Pass on November 10, and Destiny 2 will also be available on mobile devices via Project xCloud (for Xbox Game Pass Ultimate subscribers).

Microsoft concluded its event with trailers for new games coming exclusively on Xbox consoles, starting with S.T.A.L.K.E.R. 2. This is a new installment in the series of post-apocalyptic shooters released on PC between 2007 and 2009, so it was quite suprising to see the new episode coming to Xbox consoles. The game will be exclusive to the Xbox Series X, and Microsoft promised "a unique blend of first-person shooter, immersive sim and horror."

Warhammer 40, 000: Dark Tide, coming in 2021 on Xbox and PC, also got an enigmatic first trailer today. The game will be "a visceral 4-player co-op action game set in the hive city of Tertium."

Tetirs Effect: Connected , a new version of the Tetris Effect game that was previously released on PlayStation 4 and PC is coming to Xbox consoles soon. The Xbox port will introduce an optimized single player experience plus a brand new multiplayer mode.

The psychological horror game The Medium, which Microsoft previously showcased in May, got a fascinating new trailer today. The game will feature a dual-reality gameplay, with two worlds being rendered simulatenously. This should give us some unique puzzles to solve, but you can also expect some scary encounters with sinister spirits.

CrossfireX, a port of the popular PC shooter is also coming to Xbox consoles later this year, and we saw today a first trailer for the single player campaign created by Remedy Entertainment (Quantum Break, Alan Wake). The few gameplay sequences we saw in the trailer look really stunning.

Microsoft concluded its event with a very short trailer for a new Fable game. The brief video showed a faerie being swallowed by a giant frog, and there were no details about a release date. However, we did learn that the game is being developed for Xbox Series X and Windows PCs, so Xbox One consoles are out of the picture. Microsoft teased "a new beginning for the legendary franchise," as well as "a land of fantastical creatures and wondrous places," and that's pretty much all we know about that new Fable game for now.

Overall, this Xbox Games Showcase did not disappoint, though Microsoft didn't really avoid the fast-paced series of cinematic trailers that we saw in May. It was good to start the show with Halo: Infinite, which gameplay looks quite amazing, but it was a bit frustrating to not see gameplay for the new Forza Motorsport game, Hellblade 2, and the new Fable game. We hope to get more details about these upcoming titles in the coming months, and the Xbox team should be back with another livestream next month.

"Xbox Game Pass members will be able to play every game in our Xbox Games Showcase, as part of their membership or free-to-play, when they launch," the Xbox team said today. This is a great way to build excitement for the gaming subscription service, which crossed 10 million subscribers earlier this year. Xbox Game Pass will definitely play a huge role in the next generation of consoles, and it already seems to be a killer feature for the Xbox Series X that the PlayStation 5 and the Nintendo Switch won't have.

Microsoft's PowerToys app to get a 2.0 refresh slated for July 31st, will add color picker