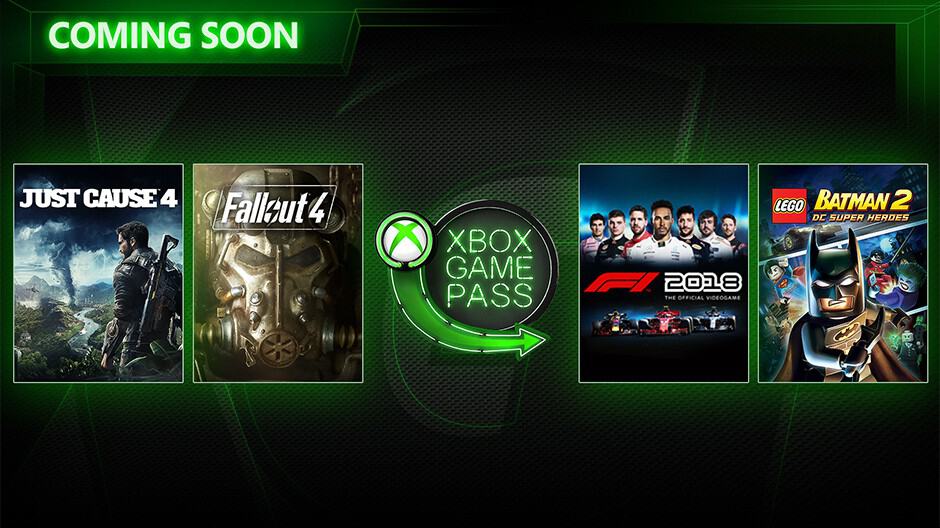 The Xbox team has just announced the first new games coming to Xbox Game Pass in March. We already noticed the addition of Just Cause 4 this morning, and the open-world game is also being joined by LEGO Batman 2 today.

On March 14, the catalog will also welcome F1 2018 and Fallout 4. You may remember that the latter was previously added back in June during E3 2018, and it was later removed ahead of the launch of Fallout 76. Its predecessor Fallout 3 was later added in July and is still in the Xbox Game Pass catalog as of this writing.

Just like Netflix, Xbox Game Pass has a rotating catalog of video games, but until now it wasn’t really clear if previous games could come back at some point. To our knowledge, Fallout 4 is the first blockbuster game to do so, and it remains a solid Fallout episode compared to the much-criticized new online episode, Fallout 76. We may well see new games join Xbox Game Pass later this month, and these will likely be announced during the next Inside Xbox episode.

How to stop Windows 10 from automatically updating device drivers