Xbox Game Pass gets scary with four new survival horror games ahead of Halloween - OnMSFT.com Skip to content
We're hedging our bets! You can now follow OnMSFT.com on Mastadon or Tumblr! 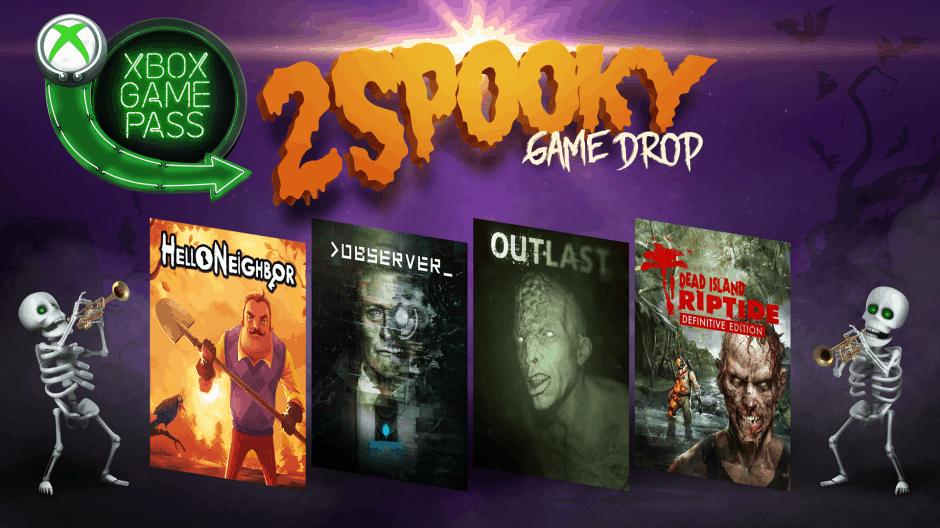 Microsoft has just announced a new Xbox Game Pass update ahead of Halloween, with four new games coming to the catalog today. The main highlights is the first-person survival horror game Outlast, which Microsoft previously offered as a free Games with Gold title back in December 2016.

The other interesting addition is the psychological horror game Observer (stylised as >observer_), which is another FPS set in a cyberpunk version of Poland. The two other survival horror games joining Xbox Game Pass today are the action-oriented Dead Island: Riptide Definitive Edition, and the stealth-oriented Hello Neighbor.

In addition to these four new games, Microsoft also announced a limited-time discount on Xbox Game Pass subscriptions: new subscribers can get three months of Game Pass for the price of one ($10), though be aware that this promotional offer is only available in the US, Canada (excluding Quebec), Australia and the UK.