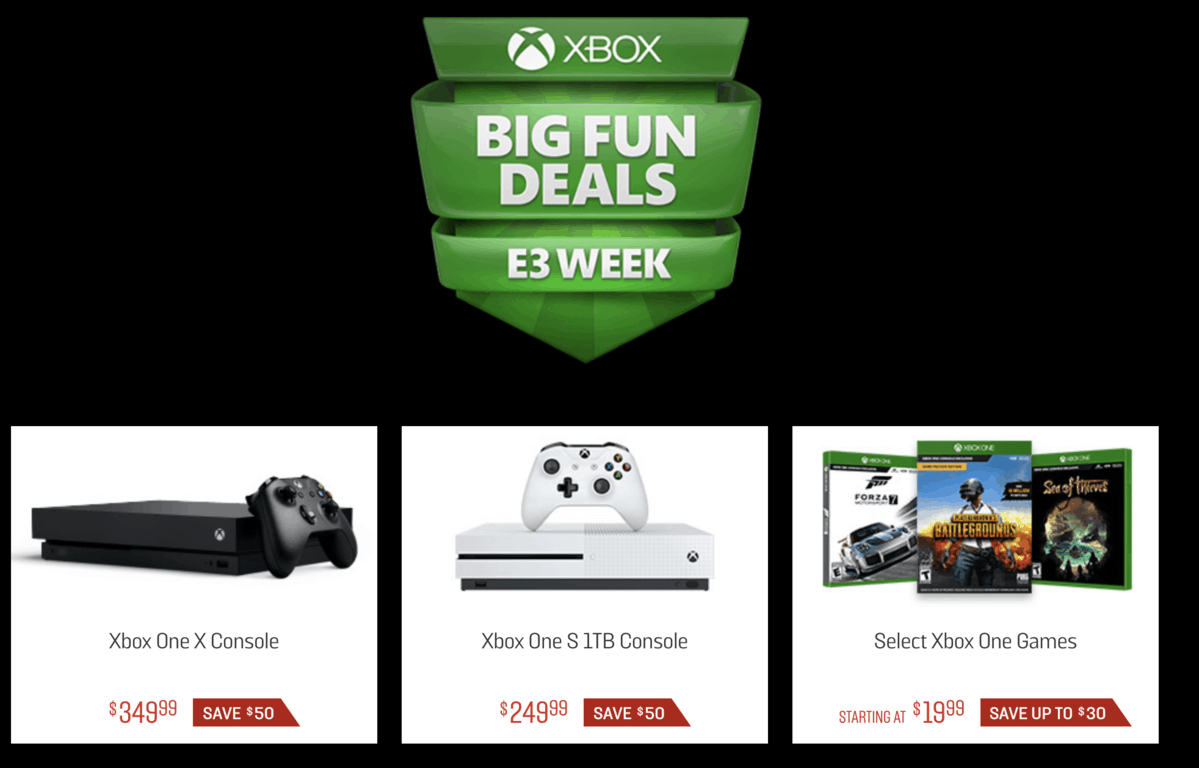 Rumours of deep E3 discounts and price drops on Microsoft's top-of-the-range gaming console, Xbox One X, are heating up after 2 major US retailers list the 4K gaming console at $350.

These prices aren't currently available to buy at, but are stated in 2 ads, from 2 separate companies, providing a strong indication of price drops as E3 swoops in later today. If you're in the market for a new gaming console but have been holding out, it may soon be the time to look towards the Xbox One X, as these price drops would pit the console at just $100 above its less-powerful counterparts, such as the Xbox One S.