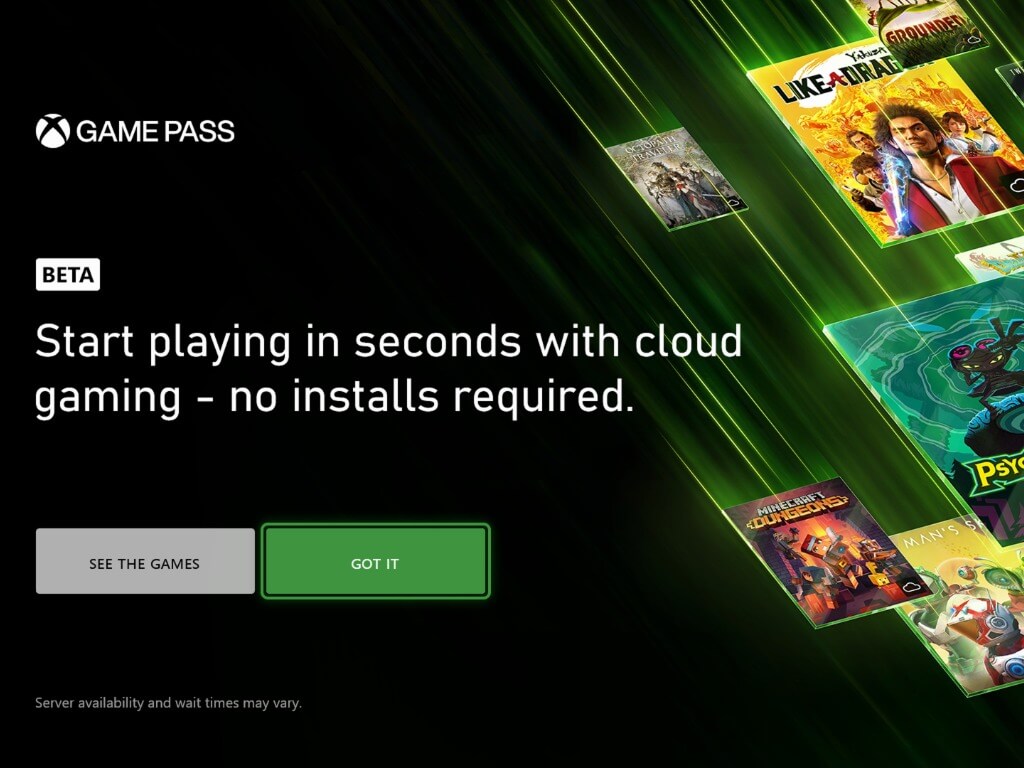 Microsoft previously announced that Xbox Cloud Gaming would become available on Xbox consoles before the end of the year, and the company finally delivered today. The just-released November 2021 system update makes it possible to play Xbox Game Pass games from the cloud without downloading them, and the feature also makes next-gen games accessible on Xbox One consoles.

"For Xbox One users, cloud gaming also allows you to play some next-gen games on the Xbox One console you already own. This means select games that are currently only playable on Xbox Series X|S, like Recompile, The Medium, and The Riftbreaker, are now playable on your Xbox One with Xbox Game Pass Ultimate and cloud gaming,” the Xbox team explained today, adding that Microsoft Flight Simulator will join the cloud game library in early 2022.

After installing today’s update, you can check if you see a new cloud icon on Xbox Game Pass games that support Xbox Cloud Gaming. This means that you can start playing the game right away without installing it, though Xbox Cloud Gaming requires a solid Internet connection to prevent input lag.

It was already possible to access Xbox Cloud Gaming and other game streaming services via Microsoft’s new Edge browser on Xbox consoles, but this new OS-level integration makes should make the experience really seamless. "We’ve built it so the experience is fast, easy, and a great way to discover your next favorite game while saving space on your hard drive for the games you plan to play again and again,” the Xbox team emphasized today.

The November 2021 Xbox update also brings a couple of other new features including improved color filters on Xbox Series X|S, a new option for muting speaker audio when a headset is attached, plus new game accessibility feature tags in the Microsoft Store. After installing this system update, owners of Xbox One controllers, Xbox Elite Wireless Controller Series 2, and Xbox Adaptive Controller will also be able to install a new firmware update bringing better cross-device connectivity and reduced latency.

Apple will make it easy to fix iPhones at home, is it Microsoft Surface turn next?