Xbox boss: "I'm not a big fan of Xbox One and a half" - OnMSFT.com Skip to content
We're hedging our bets! You can now follow OnMSFT.com on Mastadon or Tumblr! 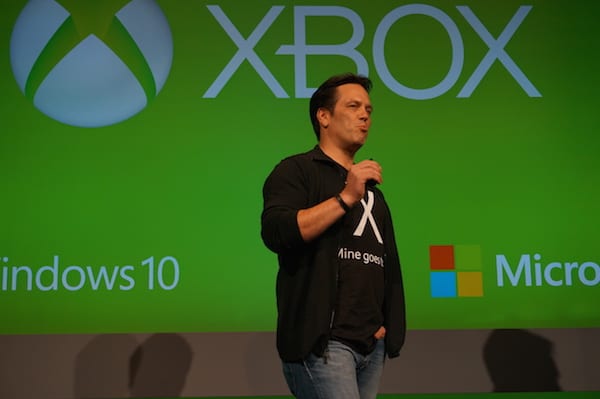 If you're heavily invested in the world of gaming news, you may have heard about the recent rumors involving plans for a Playstation 4.5: a new version of the PS4 with a few new bells and whistles. With rumors of this PS4.5 running rampant, many questions are being raised towards the Xbox One - being Playstation's biggest rival - and whether or not it's going to attempt to mirror this effort in the near future.

According to an interview held by GameInformer, Xbox fans won't have to be coughing up an extra $400 for a new-and-improved Xbox One any time soon. The game-focused publication spoke to Phil Spencer recently about some of the changes coming to Xbox, and when they asked about the possibility of an Xbox One-point-five, they got a pretty straightforward answer.

I’m not a big fan of Xbox One and a half. If we’re going to move forward, I want to move forward in big numbers," Spencer said. "I don’t know anything about any of the rumors that are out there, but I can understand other teams’ motivations to do that. For us, our box is doing well. It performs, it’s reliable, the servers are doing well. If we’re going to go forward with anything, like I said, I want it to be a really substantial change for people – an upgrade.

Essentially, Phil thinks that the Xbox One is fine as it is, and doesn't see any reason to go shipping out a new version of it. For Xbox fans, this is pretty good news. While we all love to have the biggest and best in hardware, nobody wants to go dropping another lump sum of cash on a game console they already own. Phil Spencer's answer here doesn't leave much room for Microsoft to change their mind in the near future, so anybody that was worried about an Xbox answer to the PS4.5 can cool their jets for now.