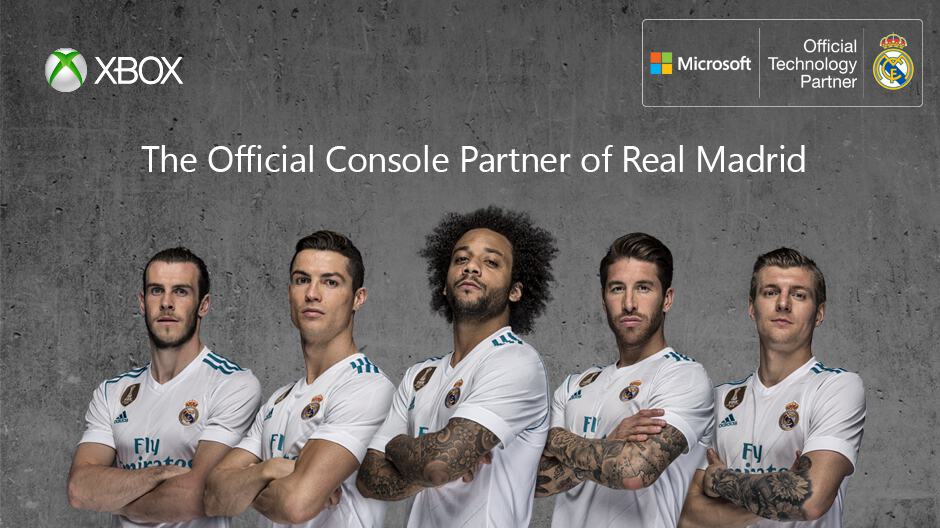 Microsoft today announced that Xbox is now the official console partner of the five-time world champion soccer team, Real Madrid. As part of the announcement, and the Real Madrid US Summer Tour, the tech giant will be inviting fans to join various soccer themed events across the United States, and to enter competitions for a chance to win a trip to a real soccer match.

The first of the events is an "Hour of Code" as the Microsoft Century City Store in California. This event is part of a Microsoft partnership with the Real Madrid Foundation, giving local youth groups the opportunity to engage in coding alongside Real Madrid players. Occurring on Friday, July 21 and Saturday, July 22, other events include free FIFA 17 tournaments at various Microsoft Stores across the US.

With the tournaments, fans will have a chance to win tickets to a local Real Madrid Match. Participating locations can be seen below, and you can check the full details on Facebook.

The Flagship NYC Microsoft Store, though, is hosting a special tournament, and participants can compete for an exclusive grand prize on Friday, July 21 at 4 p.m. local time with a championship round on Saturday, July 22 at 6 p.m. Everyone else who can not participate in these events is invited to follow Xbox on Twitter and Retweet the #RealMadridXboxSweepstakes Post for a chance to 3 unique Xbox Design Lab controllers inspired by Real Madrid’s 2017-18 on-field jersey, and a copy of FIFA 18.

AdDuplex: Windows 10 Creators Update now has a 50% install base

Poll: were you expecting a Windows 10 on ARM update for your Windows Phone?