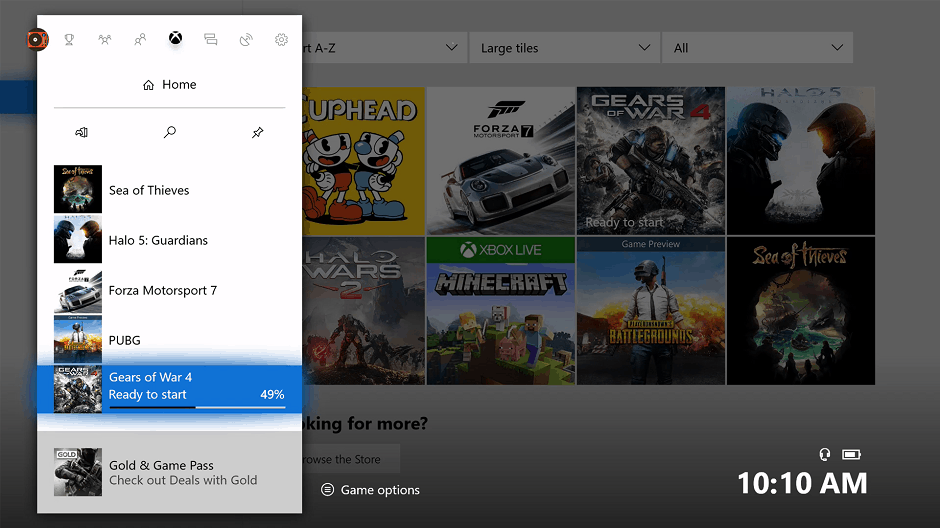 After a period of testing with Xbox Insiders, Microsoft announced today that the Xbox One April Update is now rolling out to all general users. Interestingly, the company is no longer referring to the update as the "Spring Update" as has been the case in the past and is instead opting for a name of the month which it is releasing. Anyway, the April Update packs tons of new features, including new video, audio, streaming and personalization options. Here is what you need to know.

In the April Update, Microsoft has added support for Auto Low-Latency Mode, variable refresh rate output to AMD Radeon FreeSync and FreeSync 2 compatible displays, and support for 2560 x 1440 (1440p) resolution for games and media. The options can be found under the video options from the Settings menu on your Xbox One (seen below.)

Next up, Microsoft is introducing a "share controller" option for Mixer streamers on Xbox One. With this feature, you can share control of your game with your viewers on Mixer and create a more interactive experience. The company is also making it easier to start Mixer broadcasts by enabling it from more places in the Xbox One UI.

The third major change in the April update is the ability to share captures screenshots and clips directly to Twitter. This is a nifty feature that allows shared captures to display directly in your Twitter feed instead of showing up as a link. Your Xbox One will automatically add hashtags and the title of the game when you share as well, so sharing your captures is now more personal.

To tie in with that, also new is the ability to switch between light and dark themes based on the time of the day and a new high-contrast theme. This makes the Xbox UI easier on your eyes especially if you're up late at night, or if you're a gamer with a disability.

Also new in the April Update are some new Audio and Ease of Access settings. Along with some new spatial system sounds, you should now notice that you can selectively balance game audio against background music in the Guide. This is perfect for those who stream music when gaming.

As for Ease of Access, Microsoft says they've made improvements to Narrator so volume can be adjusted independently from system volume. Other improvements in this area include a new input learning mode where the Narrator on Xbox One will repeat the name of a button you press it.

Microsoft Edge has been on Xbox One for a while, and it finally gets a facelift with the April Update. The browser now looks more like it does on PC and mobile, and you can see your history and favorites more easily. You also can mute tabs, autofill forms, download and uploads pictures, music and videos from the browser via the File Explorer app.

Finally, there are some changes to Clubs, Game Hubs, and tournaments on Xbox One. Microsoft is making Community tournaments directly available from Games Hubs, and adding "What's new," "What's hot" and "Top posts" filters for Club Feeds. Wrapping up the changes is the ability to lock comments on feed posts across clubs, game hubs, and community, and filter club invites based on playtime, rep, Xbox Live Status, and more.

As you can tell, there is a lot that is new in this update and a lot to look forward to as your Xbox downloads it. This is not the end, and there's even more on the road ahead, including 120Hz support, Grouping Games and Apps, trimming captures from the guide, and more. These new features are currently only available for Xbox Insiders in the Preview Alpha Ring, but get ready to download the Xbox One May Update in a couple of weeks.