Xbox All Access is back - Get an Xbox One X, Game Pass for $31/mo and upgrade to Scarlett when it launches - OnMSFT.com Skip to content
We're hedging our bets! You can now follow OnMSFT.com on Mastadon or Tumblr! 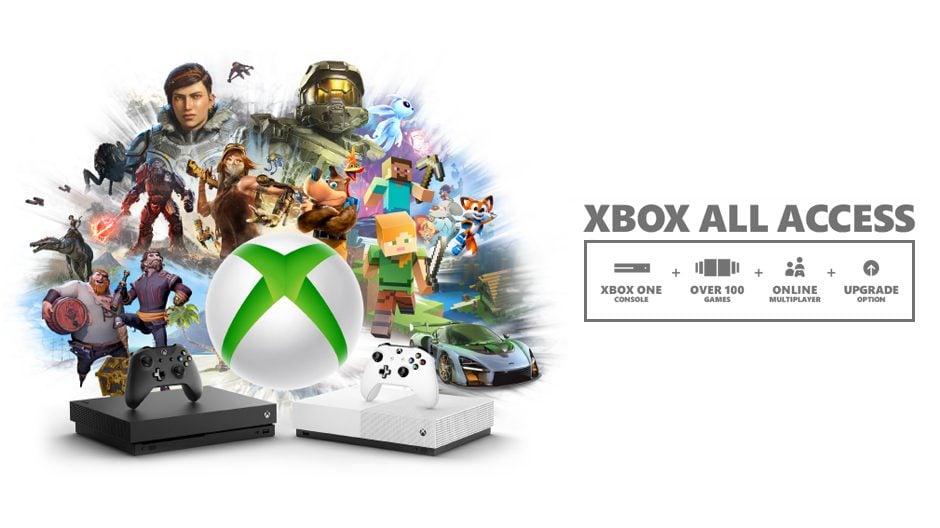 As we’re heading into the holiday season, Microsoft has just announced that it’s bringing back its Xbox All Access subscription bundles that include an Xbox One console, 24 months of Xbox Game Pass Ultimate, plus the option to upgrade to the next-gen Project Scarlett console when it launches in Holiday 2020. That’s a pretty good plan to keep consumers in the Xbox ecosystem when the PlayStation 5 launches next year.

Consumers will be able to choose between three different bundles starting at $19.99/month for 24 months, all of them including an Xbox One console with its wireless controller, and 24 months of Xbox Game Pass Ultimate. You’ll get to keep the console after paying for the bundle for 24 months, and Microsoft says that all the different plans, which you can find below, represent over $100 in savings: 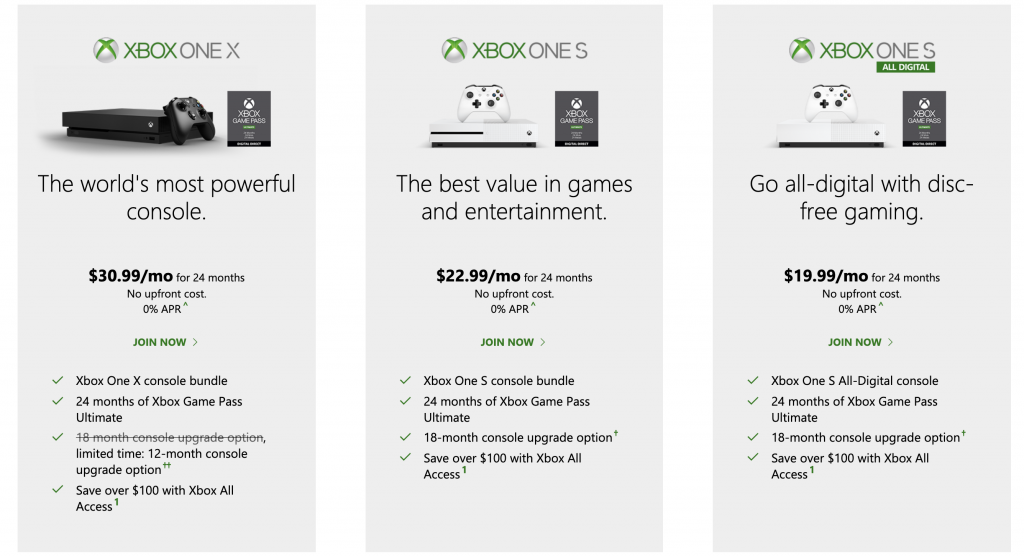 All subscribers will have the option to upgrade to the next Xbox console after 18 months (or 12 months if you choose an Xbox One X) by trading in the console originally purchased with Xbox All Access, though there will be an upgrade fee for consumers upgrading from the Xbox One S All-Digital Edition.

You can get more details about Xbox All Access on this page. Even though we don't know all details about Project Scarlett yet, today's announcement is a good way to generate excitement about the next-gen console.,

Hands-on with the Phone Calls feature in the Windows 10 Your Phone App: It's quite surprising