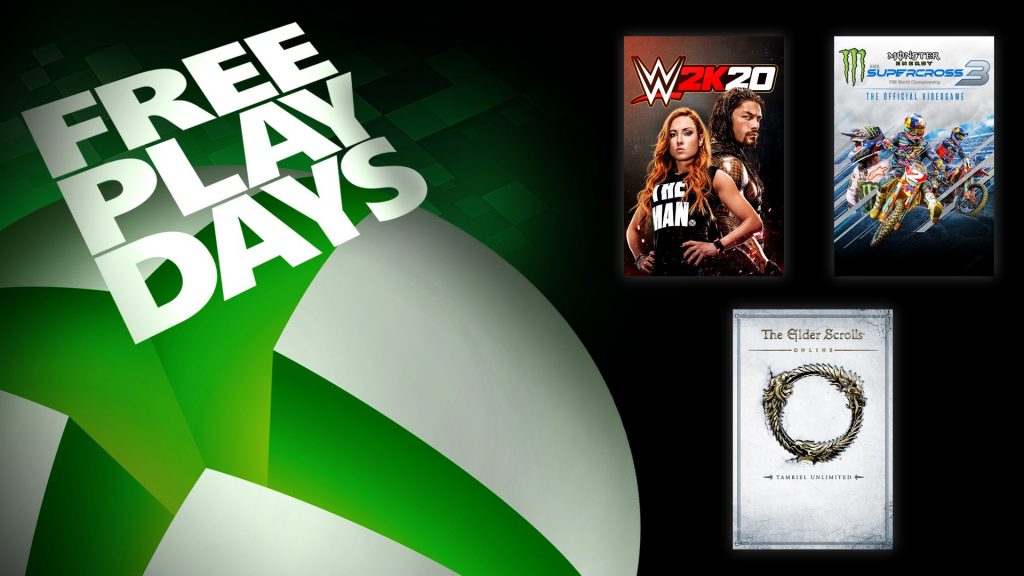 Xbox Live Gold subscribers get another trio of games to play this weekend with Xbox's Free Play Days. Starting now until Sunday, WWE 2K20, The Elder Scrolls Online Tamriel Unlimited, and Monster Energy Supercross 3 are available on Xbox One. Once the Free Play Days weekend is over, Xbox Live subscribers can buy any of the three Xbox games at a reduced price, with their completed Xbox Gamerscore and Xbox Achievements carrying over.

WWE 2K20 allows you to play in the ring as your favorite WWE wrestler. With an enormous roster of WWE Superstars, Legends and NXT Superstars, you can build your dream wrestling team for Wrestlemania, head-to-head matches, and more. The Elder Scrolls Online Tamriel Unlimited allows you to join over 10 million players online, discover the secrets of Tamriel, create your own weapons and armor, and journey to new lands. As for Monster Energy Supercross 3, it's a racing game where you can compete in several different Supercross events and try to beat the best-ranked players online.