In monumental and somewhat mysterious development for Microsoft's OS, World of Tanks Blitz has been spotted on the Windows Store, with a few caveats.
Developed by award-winning game studio Wargamming, World of Tanks is a critically acclaimed free-to-play Massive Multiplayer Online (MMO) game about, you guess it, battle. Players control one of the hundreds of available tanks models from around the world, and duke it out in 7v7 matches on massive battlefields, complete with real-life physics and in-game communication. The game is originally for the PC platform before going to consoles; Blitz is the cross-platform mobile version of World of Tanks, first released on iOS and then Android in 2014, getting millions of downloads.


The game, seemingly a Universal Windows App,  unfortunately is not currently available for download, and has no mention on the game's official website. Nevertheless, the fact that a game this popular is coming to the Windows Store despite already having a desktop version can only mean one exciting thing: whatever Microsoft is doing with Windows 10 and the App Stores, it seems to be working, and developers are finally taking notice of its potential. We will update you once information becomes available. In the meantime, feel free to stalk the Windows Store to wait for the game's official release. 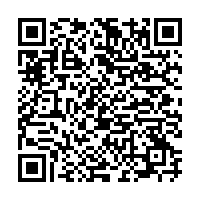