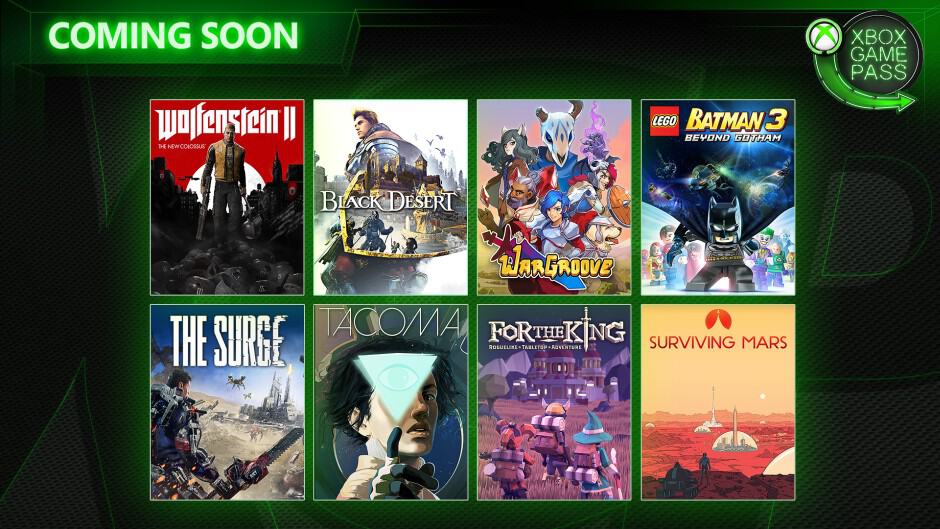 Microsoft has just announced the next games coming to Xbox Game Pass in May. The headliner is Wolfenstein 2: The New Colossus, the sequel to Wolfestein: The New Order which was added to the Game Pass catalog in October. These two Wolfenstein episodes are published by Bethesda, a company that is showing great support for Microsoft's gaming subscription service so far. Other Bethesda titles in the catalog include Fallout 3 and 4, Doom, Prey, and The Elder Scrolls Online.

The Wolfestein series is known for its dystopian universe where Nazis won WW2, and The New Colossus is the latest episode released on Xbox One on October 2017. The game will be available on Game Pass on May 2 alongside Wargroove, a popular turn-based tactics game that recently added support for cross-play across Xbox One, PC, and Nintendo Switch.

Three other games will be join Xbox Game Pass on May 9, Surviving Mars, Tacoma and Black Desert. The strategic RPG For the King will be added on May 10, followed by The Surge and Lego Batman 3 on May 16.