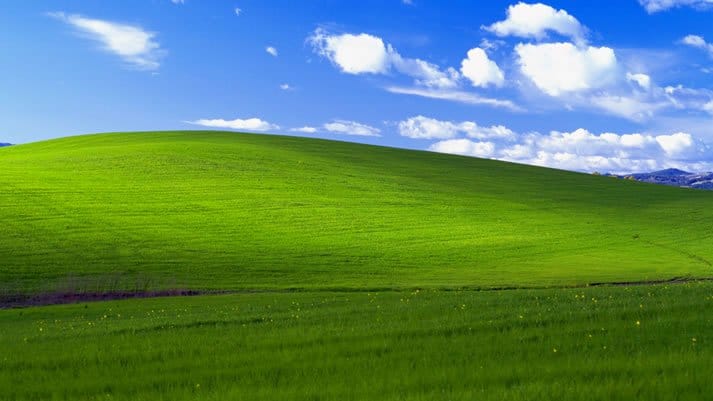 Microsoft's official Windows Twitter handle sent out a tweet letting everyone know that today is the 20th anniversary of the iconic "bliss" wallpaper seen in Windows XP. The photo was taken by National Geographic photographer Charles O'Rear while on his way to see his girlfriend back in 1996. Many believe the photo was altered in some way, perhaps photoshopped a little bit, but O'Rear claims the photo was never altered or enhanced in any way.

O'Rear was on the road in St. Helena, California (located in the Napa Valley) when he spotted the hill. "There it was! My God, the grass is perfect! It's green! The sun is out; there's some clouds," O'Rear explained. He pulled over and took the shot using his camera and the rest was history.

Microsoft eventually digitized the version of the photo and licensed it from O'Rear -- making it the most popular Windows wallpaper ever. The software company called the photo "bliss" and made it a key part of the Windows XP campaign.

From @Timehop today: In 1996, Charles O'Rear took a photo that became the most popular Windows wallpaper ever. #FBF pic.twitter.com/Nnkqj6YJqo

Roku has no plans for Windows 10 Mobile client, but will support Windows Phone 8.1 app