Microsoft has released a new update for Windows Terminal, its new app for users of command-line tools and shells like Command Prompt, PowerShell, and WSL. The terminal application was released in preview state on the Microsoft Store back in June, and the latest preview version v.0.3 brings several UI improvements including a draggable title bar with a new dropdown button layout.

There are also some Accessibility improvements in this release, and Microsoft is still in the process of bringing over all the assistive technologies included in Windows Console. “We now expose the Terminal’s controls and contents as a User Interface Automation (UIA) tree, enabling tools like Narrator to interrogate, navigate, and read the contents of the Terminal’s UI controls and text content,” the team explained.

Other highlights in this update include additional background options, new key bindings, as well as the ability to connect to the Azure Cloud Shell within the Terminal. As an open source project, Windows Terminal is available on GitHub in addition to the Microsoft Store, and the software giant is still welcoming all types of community participation. 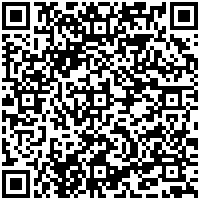