Windows Template Studio 1.7 is out with support for Visual Basic and Prism framework 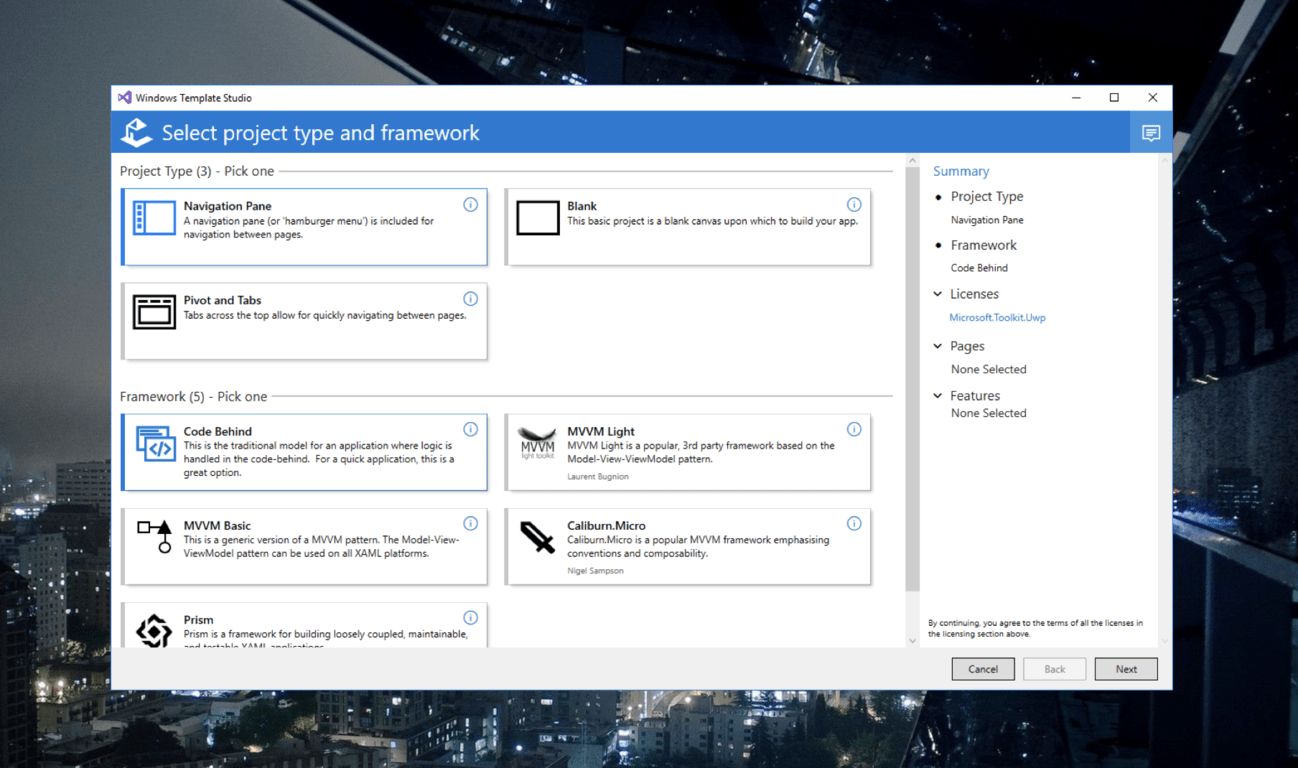 Windows Template Studio, Microsoft’s new UWP app creation tool, has been updated to version 1.7 this week. This new version of the Visual Studio extension brings many new features for developers including support for the Visual Basic Programming language as well as the Prism framework.

You learn more about the new features below, and the full list of adjustments is available on the dedicated GitHub.

Windows Template Studio 1.7 is available to download on this page, but the Visual Studio extension should automatically update the latest version if you have already installed it. Microsoft also shared some details about upcoming new features yesterday, including an improved UI and support for multiple projects in a single solution. You can make other feature requests by joining the community of developers on GitHub.