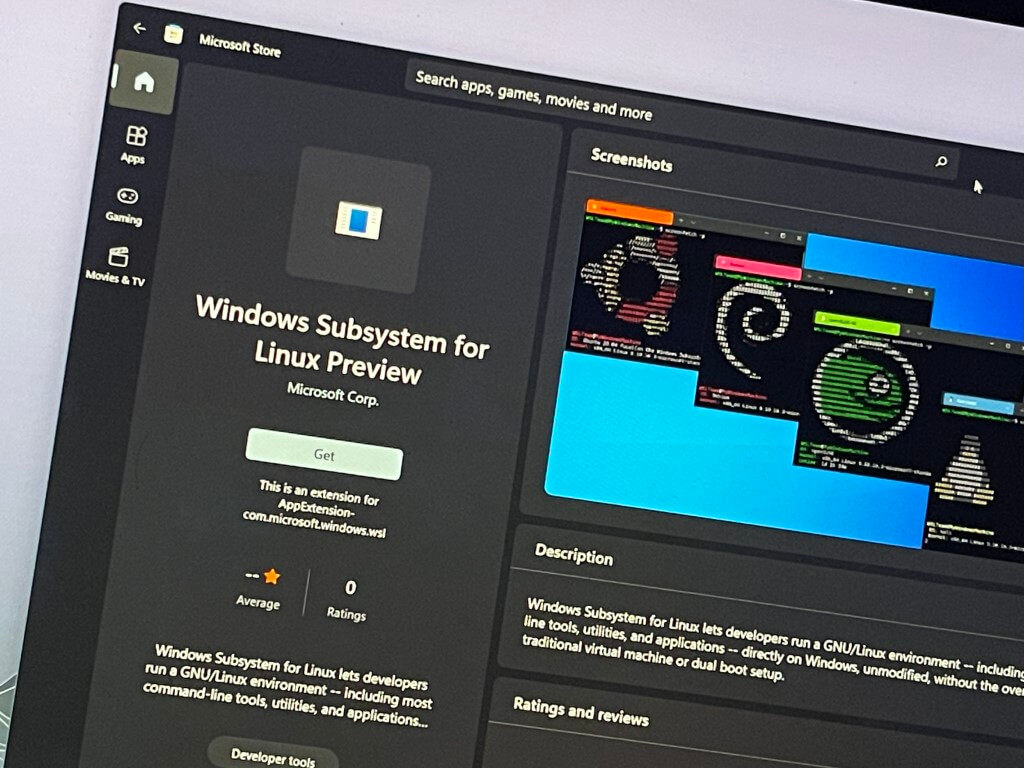 Microsoft is bringing a preview of the Windows Subsystem for Linux (WSL) to the Microsoft Store on Windows 11. The move is designed to help make it easier to get the latest WSL updates without having to go through Windows featured updates.

For those wondering, this is not a new version of the Windows Subsystem for Linux. Rather it's the same WSL version that many developers already know, but Microsoft just changed where it gets installed and updated. In fact, if you already have the in-Windows version of WSL installed, then you can install the WSL preview from the Store, too. Microsoft is letting you still have access to all of your exact same WSL distros. The WSL store version will always take precedence, however.

To use WSL in the Microsoft Store on Windows 11, you'll have to be running Windows 11 build 22000 or higher and have the Virtual Machine Platform optional component enabled. That said, Microsoft says now you'll get WSL features faster, without worrying about changing the Windows version or having to go through the process of downloading Windows Insider preview builds. 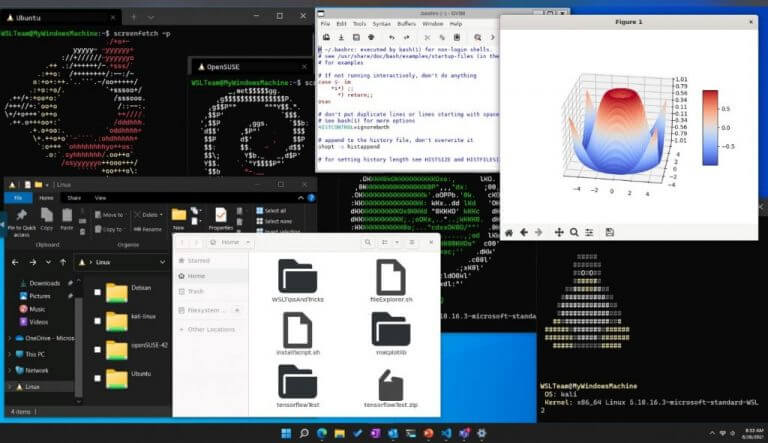 That's a big parting from the past, where the WSL had to be installed as an optional component in Windows. Essentially, it decouples the WSL from Windows featured updates itself, just like how Paint, Notepad, and some of the other core experiences like the Xbox Game Bar in Windows 11 already are separated via the store.

There are already some new features in this preview, and the full changelog is here. Some of the changes make mounting VHD files easier, a new progress indicator help function, and the updated Linux kernel to 5.10.60.1.

If you're eager to download this version, do note that there are some known issues. You might be unable to start wsl.exe from a Session 0 prompt. Note that heading into the future, the Microsoft Store version will be the priority for Microsoft. The company says it is making WSL in the Microsoft Store the best way to install and use WSL, but the inbox Windows version will still be supported and will be present in Windows 11. It's considering feedback from Windows users in future decisions with WSL in the Windows image.