Windows Store puts on its own Spring Sale, games, movies, TV, and music on tap

In their blog post announcing the sale, Microsoft gave us a list of some of the highlights that we can expect to see from the coming sale. If they're anything to go by, the next week should be promising to say the least. Here's what's on offer:

Get 25% off this chilling game, where a fun night with friends on an decommissioned military island becomes very, very scary. How will you deal with the fear, the isolation, the frights, and the ominous creatures your unauthorized exploring has unleashed?

Author's note - Oxenfree is a must-own. It's one of the most engaging stories told in an indie game in recent memory, and brings to the table a cast of colorful, interesting players. It's many different endings and conversation paths encourage replayability for those who need that, and the visuals are unique and pleasant to look at. Get it on sale while you can! 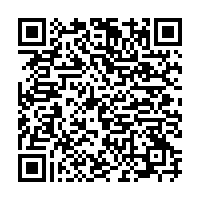 A simple, tabletop card game comes vividly to life in this hybrid roguelike/action-RPG/deck builder adventure, now 50% off. Intense, visceral action leads inexorably to a warrior’s game of life and death at the end of the world – but along the way find hundreds of encounters, pieces of armor, weapons, artifacts and mysteries to unlock.

Author's note - Another winner, but for different reasons. This is the sort of game that's relatively week on overarching plot, but that's juts because plot isn't the selling point here. Hand of Fate is a great game because of the ways that it mixes classic dungeon-crawling RPG elements with the random chance of a card game, and manages to blend in a fairly fun combat style, reminiscent of Batman: Arkham Asylum and Assassin's Creed. Definitely worth your time, especially with the generous discount. 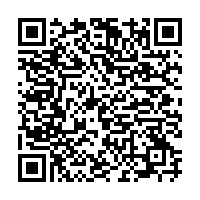 The gameplay is as epic as ever in these action-packed adventures from the mobile Halo series, now 50% off. Take your Spartan skills – along with a new arsenal of weapon, new capabilities and new vehicles – and set off through cities and jungles on 30 challenging missions, all set during the events of Halo 2. 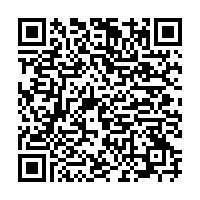 All the action is 50% off as you join the Spartan resistance and battle your way through 30 thrilling missions against the invading Covenant. Exploring the origins of the Spartan Ops program and Halo 4’s Spartan Commander, Sarah Palmer, are beyond exciting, but be warned – the forces of evil are ever ready and waiting.

Author's note: This goes for both Spartan Strike and Assault: They're good games, but they aren't Halo games. These two are twin stick, top-down shooters set in the Halo universe, and they're plenty of fun. The world of both these games does look and feel like Halo, and if you're a big lore fan, they actually have entertaining stories to tell that fill some gaps in Halo's plot. Worth your time if you're a Halo fan, for sure. 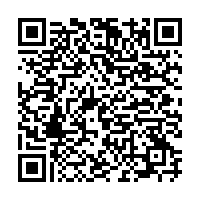 Matt Damon is an astronaut stranded on Mars in this gripping, Oscar-nominated Ridley Scott film about human strength and the will to survive. His ingenuity in keeping himself alive and trying desperately to contact Earth is helped along by his quirky outlook and sense of humor.

Author's note: Great movie, plain and simple. If you haven't seen it yet, the 33% discount should hopefully get you to give it a shot.

N.W.A., one of the world’s most famous American hip-hop groups, got their start back in 1987 on the dangerous streets of this L.A. neighborhood. With brutally honest rhymes and hardcore beats, they started a social revolution. This is their story, starring O’Shea Jackson Jr., Corey Hawkins and Jason Mitchell.

Follow thoroughly entertaining con-artist Jimmy (Bob Odenkirk) as he stumbles upon a large, class-action lawsuit leading to a promising job opportunity at a large firm.

Author's note: Actually a pretty under-hyped series, even though it's the direct successor to the national sensation of Breaking Bad. Better Call Saul is a great show, and Breaking Bad fans should really give it a try. Bob Odenkirk as a main character can be a tough pill to swallow at first, but in the first episode he makes it clear that he can carry the series with no problem.

Fans of No Doubt and its lead singer, Gwen Stefani, are in for a big treat with this roundup collection of the greatest of the great, with each album on sale for $6.99 or less.

That's not all that's in the Spring sale, but Oxenfree, Better Call Saul, Hand of Fate, and the rest of these are all pretty strong snapshots of what the it's looking like. There's no doubt that it's worth the effort to go and take a peek at all of the games, music, TV, and movies that are having their prices slashed this Spring - go see if something catches your eye!