Have you been keeping an eye on the most recent deals on the Windows store with Deals Hub? So have we – it’s been a great month so far for people looking to save money on the Windows store, with holiday deals coming at us so fast that our heads are spinning. That said, there can never be too many sales. Microsoft is handing us another set of deals, this time counting down to 2016. The deals will be starting from this week to December 31st, but we’ve got a preview of some of the things you’ll see in the meantime.
For games, we’ve got Minecraft: Story Mode (25% off season pass), Lara Craft GO (Just $1.99), and Grand Theft Auto: San Andreas (50% off). It’s a pretty great spread of games – kids are going to enjoy Telltale’s spin on Minecraft, adult audiences can have a blast with the classic GTA title, and Lara Craft GO should be able to appeal to just about anybody. You won’t find a bad deal anywhere here.
For Movies and TV, the selection is also pretty wide. We have Mission Impossible: Rogue Nation (50% off), The Lord of the Rings trilogy – Extended Edition (22% off), Kingsman: Secret Service (33% off), and Better Call Saul – Season 1 (23% off). Honestly, there’s no going wrong here. There’s nothing on this list that doesn’t deserve glowing accolades in just about every respect. The deals are all pretty respectable, especially the 50% off on Mission Impossible – a movie that received high critical acclaim.
Finally, a few apps are going to be receiving discounts as well. First we have Audible, which is offering 2 free audio books for anybody who signs up for a free trial. For the more artistic, both Drawboard PDF and KVADPhoto + Pro are both having their prices cut in half. Not much more to say about this one – just good deals all around.
Beyond just previewing the new deals, Microsoft also used the blog post to give a warm welcome to Netflix, Pandora, Uber, and any other developers who are spreading their wings out to support universal apps for Windows 10. Going into 2015, it seems like Microsoft is ready to put its best foot forward with those who want the best apps out there supported on their Windows devices. 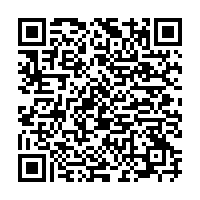