Microsoft is celebrating 20 years of Windows Server. From employee-backed tweets to company-issued blog posts, Microsoft is taking July 28, 2016 to mark and highlight a long and illustrious Windows Server business that has been aiding companies large and small for two decades.

To chronicle the many milestones that have been reached during the incubation, deployment, and subsequent use of Windows Server, Microsoft is pointing interested parties to a web page that consist of an interactive infographic.

While the web page is mainly dedicated to showcasing Windows Server’s place in history, other terrestrial facts and tidbits about commercial use of servers and nods to cultural phenomenon occurring parallel to development over the years can also be found.

In light of the recent Pokemon Go craze, Microsoft also tosses a nod to its mid-nineties popularity as NT 4.0 came on the scene as well. 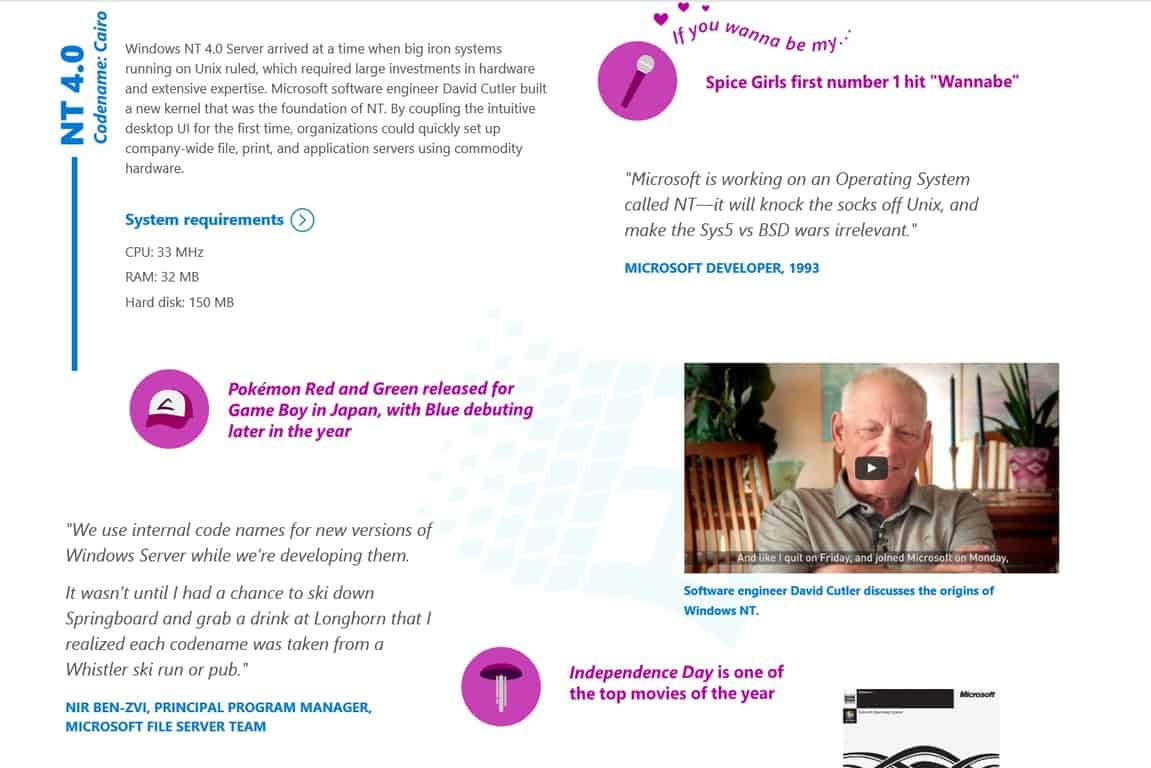 Other web page information includes links to the system requirement documentation at the time of each Windows Server release as well as videos, quotes, and interviews from various Windows Server engineers, VP’s, and former Microsoft CEO Bill Gates himself.

Again, anyone interested in chronicling Microsoft’s development and culture over the years should have a look at the web page to perhaps gain some perspective of the company and the times that dictated its Server releases.

Microsoft ends its trip down memory lane with a link to more concrete information about obtaining a license for Windows Server 2016 Preview and its other cloud-related platforms, for anyone (mainly businesses) thinking about running and hosting a Windows-enabled server.